“Now, of course, those who live in Kherson should be removed from the zone of the most dangerous actions, because the civilian population should not suffer,” Putin told his supporters as he marked Russia’s Day of National Unity in Moscow’s Red Square.

Hours later, the Kremlin-installed deputy governor of the region, Kirill Stremousov, announced that a 24-hour curfew has been imposed on Kherson.

In a video message posted on Telegram, Stremousov said that the measure was necessary “in order to defend our city of Kherson” from what he referred to as “terrorist attacks.”

Stremousov repeated earlier calls for civilians to flee Kherson, saying that columns of Ukrainian vehicles had been spotted on areas of the frontline and that an attack was possible.

Moscow has already evacuated some 60,000 people from the area under its control on the west bank of the Dnieper River, and this week announced that the evacuation zone would also include a 9-mile buffer zone on the east bank.

But Putin’s remarks Friday appear to be the first time he has publicly, personally endorsed the evacuations.

Russia said it has been taking residents to safety from the path of a Ukrainian advance. Kyiv said the measures have included forced deportations of civilians, a war crime which Russia denies.

Putin’s comments come as signs are emerging that Russia could be preparing to ditch its military hub on the Dnieper’s western bank — potentially one of the biggest anti-Moscow reverses of the eight-month war.

Stremousov, the deputy governor, said Thursday that Russia was likely to pull its troops from the west bank. He later walked back his remarks, saying he hoped there would be no retreat but “we have to take some very difficult decisions.”

Pictures have circulated on social media showing the main administration building in Kherson stripped of the Russian flag after the Kremlin-installed government had left the city.

Kyiv has said that it was too early to celebrate a victory, warning that such signs could be a ruse by Moscow to lure Ukrainian troops into a trap.

Ukrainian soldiers in a mechanized infantry company dug in on a tree line at the front west of Kherson city were confident the Russians would eventually retreat, but would fight as they fall back, foretelling a bloody battle for the city.

Kherson is the only big Ukrainian city Russia has captured intact since the Feb. 24 invasion, and losing it would mark one of the most severe blows of the war for Russia, which formally annexed the surrounding region, along with three others, in September following sham referendums.

The province controls land access to Russian-occupied Crimea, and securing it was one of the few successes of the shambolic invasion.

US Defense Secretary Lloyd Austin said Thursday he “certainly” believed Ukrainian forces could retake Kherson, in perhaps his most optimistic comments on the counter-offensive to date.

“Most importantly, the Ukrainians believe they have the capability to do that,” he said. “We have seen them engage in a very methodical but effective effort to take back their sovereign territory.”

A Western official, speaking on condition of anonymity, said some Russian military commanders had already moved across the river to the east, effectively abandoning the “demoralized” troops under their command on the opposite bank. 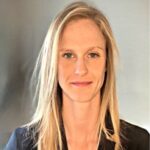 The Chemistry of Leadership – Leading As Lawyers 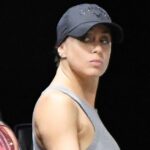 Casey Anthony Net Worth After Murder Trial: Her Job Now