Russian President Vladimir Putin will likely not survive in office if he loses the war in Ukraine, the embattled nation’s head of military intelligence claimed this week.

“It’s unlikely that he survives it,” said Ukrainian Major General Kyrylo Budanov, who heads up the country’s Defense Intelligence directorate, in an interview with the War Zone. If Russia loses the war, Putin would likely be overthrown, he said, without elaborating on what he meant by “survive.”

“Currently, there’s active discussions happening in Russia about who’d be there to replace him,” said Budanov, who did not provide any more specifics.

Budanov also told the online military magazine that Ukrainian forces are poised to take back Kherson City on the Black Sea and other territory annexed by Russia at the end of November.

Kherson, which serves as the gateway to the Crimean peninsula, annexed by Russia days after the conflict began in February, is currently being held by 40,000 Russia’s elite forces, he said.

“The most trained and most capable Russian units are currently in Kherson,” said Budanov. “A large share of them are from airborne troops of the Russian Federation, Russian special operation forces and the naval infantry, so the most capable units that Russia has. Those units form the backbone of the grouping and [they] are being strengthened by the mobilized personnel also.”

Budanov also denied Russian reports that Ukraine was preparing a dirty bomb, a nuclear weapon constructed from radioactive waste to use against Russia.

“Ukraine has never in its history produced such devices,” he said. “It has never planned, it’s not planning and it’s not going to plan to do anything like that. Unlike the Russian Federation, who is, as I said before, a terrorist state and they’re likely to do anything.” 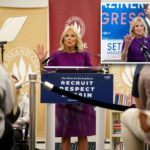 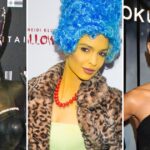