A close ally of Russian President Vladimir Putin and the CEO of state-owned oil company Rosneft, Igor Sechin, claimed on Thursday during an international convention that Taiwan was “on schedule” to be returned to China.

“The position of [China’s] leadership is highly respected, which calmly and openly, without false premises, sets out its positions, even on the most difficult issues, such as the problem of Taiwan, which in this regard can be assessed as somewhat exaggerated,” Sechin said, according to a Reuters report.

Xi has long said he will seek “peaceful reunification” of the island with mainland China, despite warnings from Western and regional officials to leave Taiwan alone and maintain the regional status quo.

Taiwan identifies as a sovereign nation with democratic values, but it is officially recognized by China, the United Nations, and the US as part of the one-China policy.

China has increased its aggressive posture against the island, and many fear the world could see another deadly conflict following Russia’s eight-month-long war in Ukraine.

Sechin argued that Western interference in the Taiwan-China relationship and investment from Washington in Taiwanese semiconductors has all but solidified that Taipei will “return to its native harbor … on schedule.”

Putin and Xi have deepened ties with one another since Russia invaded Ukraine and geopolitically blackballed itself from the West.

Putin has backed Xi’s stance on reunifying the island with China and warned the West against interfering in Beijing’s agenda.

President Biden prompted an international stir last month when he said US forces would defend Taiwan if China invaded.

When he was asked to clarify in a “60 Minutes” interview if he meant he would deploy US men and women to the island to defend Taipei, Biden responded: “Yes.”

Biden later attempted to set the record straight on US-China relations and told the UN General Assembly, “We seek to pull peace and stability across the Taiwan Straits and remain committed to our ‘One China’ policy, which has helped prevent conflict for four decades.”

He added, “We continue to oppose unilateral changes in the status quo by either side.” 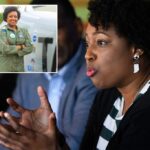 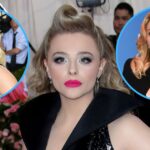