Russian President Vladimir Putin made an alarming threat that invoked Hiroshima and Nagasaki during a conversation with France’s Emmanuel Macron, telling the leader that the attacks prove that a major city doesn’t need to be targeted to win a war, according to a report.

Putin appeared to be giving a “very heavy hint” to his plans in Ukraine when he referenced the US forces’ attacks against the two Japanese cities in 1945, which hastened the end of World War II in the Pacific, a French government source told The Mail on Sunday.

“You don’t need to attack major cities in order to end a war,” the Russian leader reportedly said.

The Hiroshima comment “sounded like a very heavy hint that Putin might detonate a tactical nuclear weapon in the east of Ukraine, while leaving Kyiv intact. That appeared to be the thrust of his remarks,” the source told the outlet.

It’s unclear when the exchange between Putin and Macron took place. The two presidents have communicated several times since the outbreak of the war in Ukraine in February.

This is not the first time that the Russian leader has referenced the US attacks on the two mid-sized Japanese cities in August 1945, which killed between 129,000 and 226,000, people, most of them civilians, and ultimately led Emperor Hirohito to surrender.

During a speech delivered at an event celebrating Russia’s illegal annexation of four Ukrainian regions in late September, Putin accused the US of creating a “precedent” by using nuclear weapons during World War II.

A week earlier, Putin warned that he was “not bluffing” when he said his government was prepared to use “all the power and all the means” at its disposal, presumably including its nuclear arsenal, to defend its territories.

But during a foreign policy conference in Moscow in late October, Putin appeared to backtrack on his prior nuclear saber-rattling, claiming that Russia has never considered deploying nukes because it was unnecessary.

“We see no need for that,” Putin said. “There is no point in that, neither political, nor military.”

Putin added that his previous warning of his readiness to use “all means” didn’t amount to a nuclear threat but was merely a response to statements made by Western leaders — specifically now-former British Prime Minister Liz Truss — about their possible use.

“What were we supposed to think?” Putin said. “We saw that as a coordinated position, an attempt to blackmail us.”

“If he has no intention, why does he keep talking about it?” Biden said during arecent interview with NewsNation. “Why does he talk about the ability to use a tactical nuclear weapon?”

In earlier comments, Biden described his Russian counterpart as a “rational actor” who miscalculated when he invaded Ukraine. 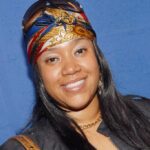 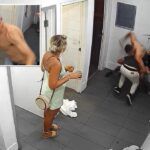