An angry crowd took to the streets of Atlanta Saturday night, smashing windows and torching a police car in response to the death of a 26-year-old protester Wednesday, reports said.

Atlanta Police Chief Darin Schierbaum told reporters that multiple protesters were found with explosive devices on them. One of the devices was used to set an Atlanta Police car on fire.

At least six people were arrested and three businesses were damaged, police said.

Just before 7 p.m., police said “order has been restored to the downtown space.”

Georgia Gov. Brian Kemp condemned the protesters’ actions Saturday night. “Violence and unlawful destruction of property are not acts of protest,” he tweeted. “They are crimes that will not be tolerated in Georgia and will be prosecuted fully.”

Schierbaum said the protests began peacefully marching in the city around 5 p.m. when some members began smashing property. The ATF and FBI are assisting with the investigation.

“We already know that we have arrested actors that have already been involved in other criminal activity and are involved in a manner to deter the building of the public safety training center,” he told reporters.

The mayhem comes after Manuel Esteban Paez Teran was shot and killed by Georgia State Patrol troopers who were trying to clear protesters camping near the site of the Atlanta Public Safety Training Center — dubbed “Cop City.” Paez had allegedly shot and wounded an officer, officials said.

Opponents of the training center have been protesting for over a year by building platforms in surrounding trees and camping out at the site.

They claim that the $90 million project, which would be built by the Atlanta Police Foundation, involves cutting down so many trees that it would be environmentally damaging.

They also oppose investing so much money in what they call “Cop City,” which they say will be used to practice “urban warfare.”

Activists have questioned the police version of events in Teran’s death and have called for the release of law enforcement body camera footage. GBI said Friday that there is no bodycam footage of the shooting.

Spokespeople with “Stop Cop City,” who have claimed several times that they are peaceful protesters, defended their actions as nonviolent in a statement provided to WSB-TV.

“Destruction of material is fundamentally different from violence. All reported acts appear to be explicitly targeted against the financial backers & goons of the Atlanta Police Foundation, a shady nonprofit that funnels weapons and military gear into our city to wage war on black and brown folks,” the organization said.

“The police have raided the forest for over 7 months, destroying material by trashing camps and water supplies, threatened the lives of forest defenders and now have murdered one. Protestors are only leveling the playing field & preventing future violence by disabling the economic machine of the Atlanta Police Foundation that seeks to sterilize all life within the Weelaunee Forest.” 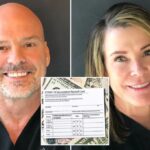 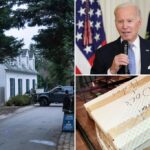