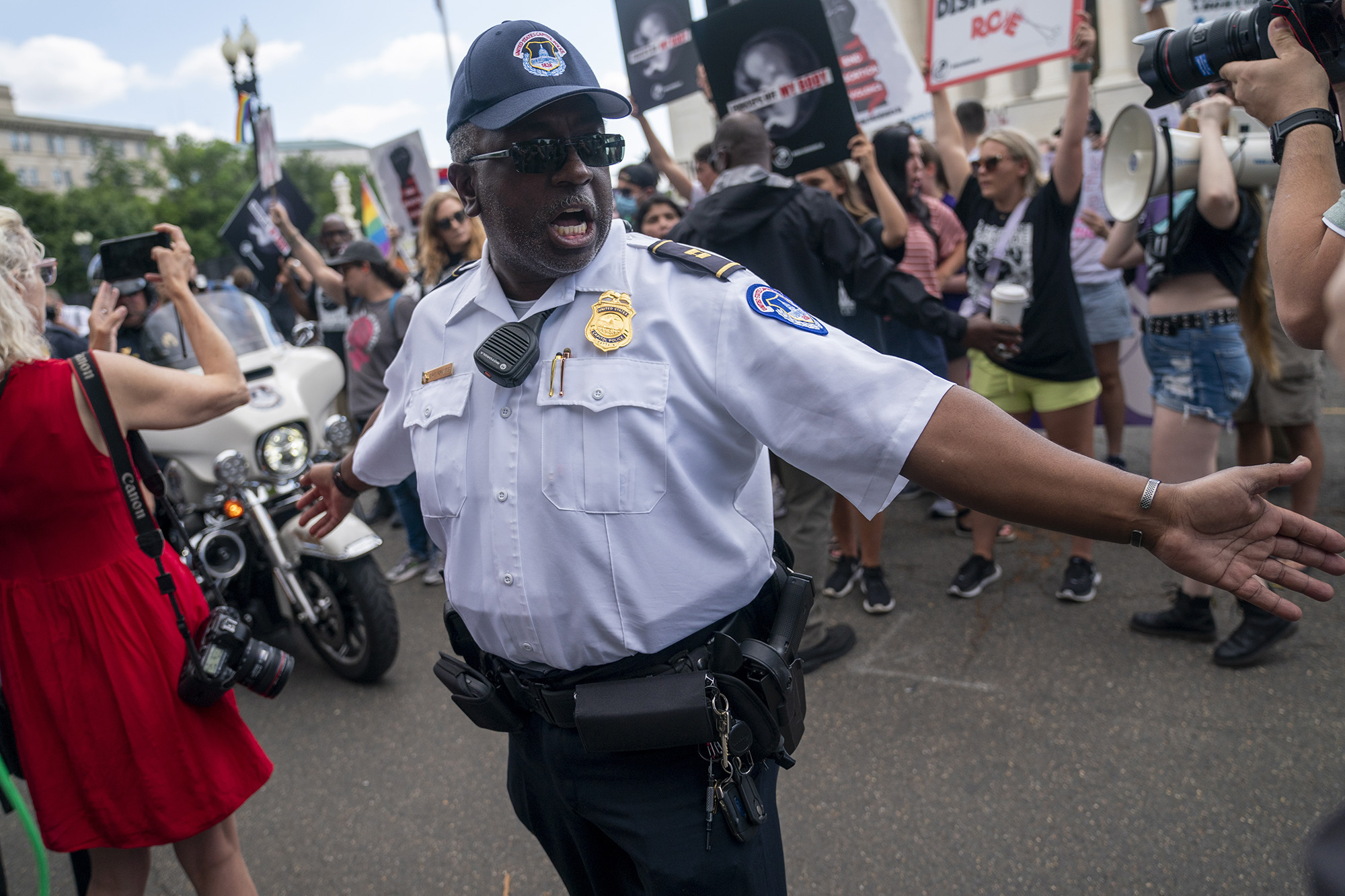 Hundreds of irate protesters amassed outside the US Supreme Court building Friday to denounce the historic overturning of Roe v. Wade — and additional cops were being brought in to try to keep mayhem at bay.

About two miles from that scene, a pro-life activist scaled the Frederick Douglass Bridge in DC and flew a banner calling on Congress to preserve abortion rights, according to NBC.

Outside the Supreme Court, socialist New York Rep. Alexandria Ocasio-Cortez joined protesters around noon, using a bullhorn to egg them on and calling the decision “illegitimate.”

The throng of shattered pro-choice backers quickly began to swell behind barricades outside the building housing the nation’s top court after its ruling came down, with many of those gathered shedding tears and screaming their opposition.

Local police units were on high alert for unrest as the crowds continued to grow around noon.

US Capitol Police said they were bringing in additional officers and are working with other law-enforcement agencies as they brace for a potential burst of unrest.

Chants of “My body, my choice!” and “We won’t go back!” rang out at the scene as the crowd continued to grow, according to reports.

But backers of the reversal also gathered at the Supreme Court building to hail the decision, with some popping champagne corks and wearing t-shirts emblazoned with “the pro-life generation.”

Reveals She ‘Got a Nose Job’