Angry scuffles broke out at a Drag Story Hour event in Queens on Thursday as protesters, including a neo-Nazi filmed giving a Heil Hitler salute, gathered outside a public library.

Dozens of police officers attempted to keep dueling protesters apart during the wild scene outside the building in Jackson Heights. It was not immediately clear whether any arrests were made.

At one point, cops appeared to detain a man who was barefoot and wearing ripped pants. The protester tried to kick an officer while calling him a “pig” who “wears shoes.”

Other videos showed some protesters arriving while holding a Proud Boys flag and shouting “Leave the kids alone!” at the supporters of the event.

One clip showed officers leading away a hooded, masked neo-Nazi who gave the middle finger — then gave a Sieg Heil salute while calling for a “future for white children.”

Cops had split the camps to either side of the street, with a loud contingency in support of the event waving rainbow-colored flags and umbrellas, singing and holding signs like “Queens [hearts] queens.”

On the other side, anti-event protesters held signs accusing those behind the event of “confusing kids.”

“You guys are nasty, disgusting pedophiles — every one of you!” one man spat out while leaning over a police barricade.

The NYPD confirmed that arrests had been made, but did immediately have a tally of how many.

The event was funded by Jackson Heights council member Shekar Krishnan, who said Wednesday that he was “proud to support” Drag Story Hour “and the literacy, love, and joy it promotes in our libraries!”

He was joined by council speaker Adrienne Adams and two other council members in releasing a statement Thursday condemning the “vile and disgusting” protests against the events as well as the politicians supporting them.

“Hate in all its pernicious forms” has “no place in our city and must be condemned,” the statement said.

“We stand with New Yorkers gathering today in Jackson Heights to confront hate and defend families reading with their children.”

The group stressed that “this City Council is proud to support children’s programs that promote inclusivity, literacy and joy.”

Jackson Heights Library advertised the event as “a celebration of gender diversity, offering kids unabashedly queer role models and the confidence to express themselves however they feel comfortable.” It was to feature “an amazing drag artist reading picture books, singing songs, and leading children in a craft activity.” 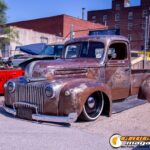 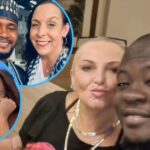 ’90 Day Fiance Happily Ever After’: Season 7 Still Together