As the second day of jury selection got underway in Manhattan Supreme Court, the judge and attorneys pushed to keep the jury box free of anyone with unshakably strong feelings about the 45th president.

Out of an initial pool of 18 prospects to be grilled Tuesday, 11 said they disliked Trump and were dismissed. The seven others — one man and six women — were chosen to sit on the panel.

“I really, really don’t like Trump at all. I hate him,” said one woman, who was later dismissed.

Another potential panelist said she thought Trump “has no morals” and “is a criminal” — but insisted she could still be unbiased.

“I think he has done irreparable damage to this country,” she said, “and that’s exactly why I think I could be impartial because the issues here and everything Mr. Trump has done here is trivial.” The attorneys didn’t buy it.

The 32-question jury form includes two queries directly related to Trump, including whether the prospects have any “strong opinions” of the ex-president, and if the opinions would prevent them from being “fair and impartial.”

Despite openly admitting they hate the Republican, many prospective jurors claimed they could still be unbiased.

“I’ll definitely pledge to do that [be fair] if I am on the jury,” a woman in her 50s said before adding: “I mean I can’t deny it, I really, really don’t like Trump at all.”

Asked if she hated Trump, the woman continued: “Yes, I hate him. If he was here on trial, I couldn’t be fair.”

Trump, 76, hasn’t been charged, though he could possibly be called to testify — and jurors are likely to hear his name throughout the trial. His namesake family business stands accused of helping top executives avoid income taxes on job perks such as rent-free apartments and luxury cars.

Justice Juan Manuel Merchan, as well as attorneys for the Trump Org, have indicated they hope to have a jury decided on by Friday. The trial is anticipated to last at least a month once the panel is seated.

Among the few to be selected Tuesday was a female book editor who said she didn’t vote for Trump, but insisted she could remain unbiased during the trial.

“I would have gone for different Supreme Court justices, but I really do know I can be fair and unbiased sitting in a courtroom listening to evidence and different witnesses,” she said.

Seventy prospective jurors were already dismissed Monday, including some who had asked to be excused because they knew they couldn’t be fair in a trial related to the former commander-in-chief.

The process to select five more jurors, as well as six alternates, is still ongoing.

The case will largely hinge on the government’s star witness, longtime Trump Org chief financial officer Allen Weisselberg, who pleaded guilty in August to fraudulently accepting $1.7 million under the table from the company.

Trump had transferred ownership of his company to Weisselberg and his adult children — Donald Trump Jr., Ivanka Trump and Eric Trump — when he was elected president in 2017.

The three Trump kids are also on the list of potential witnesses. 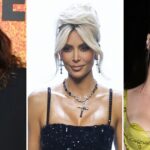 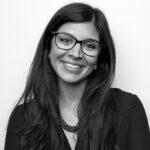