Jim Duggan is one of the most recognizable names in pro wrestling and earlier this month he needed to put some of those moves to good use when he was faced with an intruder in his South Carolina home.

Duggan, who goes by “Hacksaw” Jim Duggan in the wrestling world, revealed in an interview with Wrestling Inc. on Friday that his home was broken into on Dec. 8 and that he faced the intruder himself.

The 68-year-old told the wrestling news outlet that a man in his mid-20s entered through his and wife Debra’s front door. Duggan said he took the man down by himself and grabbed his .44 caliber pistol and held the man at gunpoint. The retired wrestler added that he heard more people outside and thought there could be more trouble, so he turned off his Christmas lights and told the man to keep silent.

Duggan said the man he held at gunpoint appeared to be frightened and thought the people in the neighborhood were coming to kill him. Duggan said he called the Kershaw County Sheriff’s Department to help take care of the matter.

On Saturday, Duggan tweeted photos from the incident and thanked authorities in a statement.

“We would like to thank the Kershaw County Sheriff’s Department for their prompt and professional response last week. A man who we had never seen before climbed out fence, ran through our yard to our front door, and was pounding on our glass doors,” Duggan’s statement read.

“Before we could get to the door, he opened it and fell into our house. I held him at gunpoint while Debra called 911. We are safe with no damage.

“Thanks to everyone for the concern and well wishes.”

Duggan didn’t appear to need a foreign object in the matter. During his wrestling days, he would come down to the ring with a 2×4. 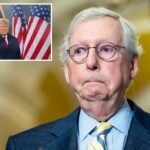 ‘Entire nation knows who is responsible’ 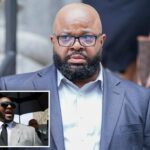