Relatives of the 20-year-old Princeton student who was found dead six days after she went missing say important details about her disappearance are being kept from them.

Misrach Ewunetie’s family, speaking to several media outlets last week, vented its frustration over being “kept in the dark” by authorities over her case.

“There’s no constant update or interaction with us,” her brother Universe Ewunetie told CNN last week, shortly before her body was found. “We’re really kept in the dark.”

Her brother said authorities have predicted that the investigation into the case will take a significant amount of time.

Ewunetie’s body was found behind the tennis courts near the edge of the Ivy League campus by a facilities employee around 1 p.m. Thursday, the Mercer County Prosecutor’s Office said.

Authorities have yet to determine her cause of death but have said that “there were no obvious signs of injury and her death does not appear suspicious or criminal in nature.”

An autopsy was performed Friday, but the medical examiner’s office is still awaiting the toxicology report as well as other test results, according to Casey DeBlasio, the rep for the Mercer County Prosecutor’s Office.

The high-achieving student’s disappearance Oct. 14 sparked a statewide manhunt. Her family, which is from Ethiopia but lives in Ohio, became particularly alarmed when she missed a meeting regarding her US citizenship Saturday.

Ewunetie had checked into her Scully Hall dorm around 3 a.m. after she spent the night volunteering at a Princeton Terrace Club event.

One of her suitemates reported seeing Ewuenetie brushing her teeth and going to her room — but when the roommate returned around 4:30 a.m., she was nowhere to be seen.

Ewunetie’s phone last pinged sometime after 3 a.m. at a housing complex about a 30-minute walk from her dorm, her brother told ABC’s “Good Morning America,” noting that his sister being so far from campus was unusual.

“It’s pretty far away,” he said. “And Princeton is a big campus, and it’s very insular, right, so it’s very odd that her phone would be off campus. Like, everything is on campus.”

Ewunetie’s LinkedIn profile said she was studying sociology with a certificate in the “Applications of Computing.”

“I aim to bring value to the corporate world through innovative problem solving and data analysis skills that will continue to grow as I pursue my education at Princeton,” she wrote in her bio. She was expected to graduate from Princeton in 2024.

Princeton VP W. Rochelle Calhoun said in a statement, “Misrach’s death is an unthinkable tragedy. Our hearts go out to her family, her friends and the many others who knew and loved her.

“Princeton is a close-knit community, and we mourn Misrach together.” 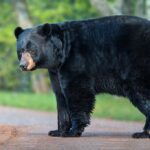 Cardi B Slams Madonna Over ‘SEX’ Comments: Her Statement