It got the royal treatment.

An independent bookstore poked fun at Prince Harry’s scathing autobiography “Spare,” which details Harry’s longstanding issues with the royals, by placing the memoir beside Bella Mackie’s novel “How to Kill Your Family.”

Bert’s Books in Swindon, England, shared a photo of their store’s front display Monday featuring the two books alongside each other.

“Anyway, we do have some spare copies of Spare if you want one,” the store wrote.

Shop owner Alex Call, 35, said his staff thought the display would be “quite light-hearted and make a few people smile,” according to BBC.

As Harry’s book dominates headlines, workers at the shop told the outlet they did not expect it to be a bestseller for very long.

“The price is £28 which I think is quite steep for a book,” said Michael Ritchie, who works in the shop. “People will go ‘actually I don’t know if I’m going to pay for that or (I’ll) wait for the paperback’.”

Ritchie noted that Harry and Meghan have had “a lot of press already” and that readers may pass because they’ve heard enough. He also thought it may be geared more toward American readers than British.

“Who will sue first HRH or Ms Mackie?” one commentator wrote.

“We’ve just put our bestselling books in the window… people are making all sorts of wild assumptions and connections,” the shop replied with an upside-down face emoji.

“Thank you to the 8000 people who’ve sent me this today. And thank you @bertsbooks, what an honor,” Mackie wrote.

Harry has aggressively promoted the release of his book, which discusses his struggles coping with the loss of his mother, Princess Diana, his strained relationship with his father, King Charles, and even details getting into physical altercations with his brother, Prince William.

The book also contains other bombshell revelations and goes into greater depth about how Harry’s marriage to Meghan Markle created friction with the royal family. 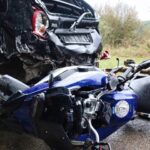 Different Types of Injuries You Can Get from a Motorcycle Accident 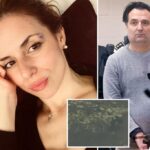