A stunned Prince Harry was filmed holding an apparently grim text from older brother Prince William, whom Harry portrayed as a screaming bully who forced him “out of the family.”

The final episode of “Harry & Meghan” caught the explosive aftermath of Harry’s damning 2021 Oprah Winfrey interview, after which heir to the throne William told a reporter, “I haven’t spoken to him yet, but I will do.”

The Netflix cameras were rolling when William, 40, sent that message — while Meghan Markle was on the phone with celebrity pal Tyler Perry.

While Markle, 41, finished reading out the response of Queen Elizabeth II to their Winfrey interview, the camera cut to her husband standing over her, wordlessly holding out his phone for her to read.

“What am I looking at?” she asked, and seconds later gasped: “Wow.”

“He just got a text from his brother,” she explains to the “Madea” star, before hugging her overwhelmed husband, who laments: “I wish I knew what to do.”

The docuseries did not detail what was in the text. William was the focus of many of Harry’s most explosive allegations of mistreatment in the final three episodes.

The acrimony started with William apparently breaking a pact not to let their teams trade negative press stories about each other, which Harry called “heartbreaking.”

William was the most vocal when Harry was called for a January 2020 showdown at the Queen’s estate in Sandringham to explain his desire to be “half in, half out” of his royal duties.

“It was terrifying to have my brother scream and shout at me, and my father saying things that just simply weren’t true,” he claimed.

Worse, Harry said his name was added without his approval to a public statement denying that his brother was responsible for “bullying us out of the family” — making clear he would never have denied it.

When he told Meghan, “she burst into floods of tears,” Harry said, “because within four hours, they were happy to lie to protect my brother — and yet for three years they were never willing to tell the truth to protect us.”

A month after his brother’s text, Harry made one more attempt to reason with William and their father, King Charles III, during a return to the UK for the funeral of his grandfather, Prince Philip.

“It was hard. Especially spending time having chats with my brother and my father, who were very much focused on the same misinterpretation of the whole situation,” he said. The pair also appeared strained despite trying to show a united front after the death of their grandmother, which came after the Netflix interviews were filmed.

“I’ve had to make peace with the fact that we’re probably never gonna get genuine accountability or a genuine apology,” Harry told Netflix.

“My wife and I, we’re moving on. We’re focused on what’s coming next.”

Still, he called “the saddest part” of the scandal the “wedge that it created between myself and my brother.” 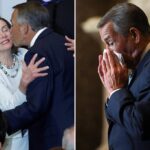 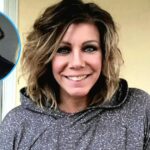 Kody Comments Were ‘Slap in the Face’