All week, Harry, 38, has been on a hype-heavy promotional tour for his book, “Spare,” which is filled with details such as Harry calling Prince William’s hair loss “alarming,” and Meghan Markle visiting Princess Diana’s grave to ask for “clarity.”

Here are the biggest blockbuster moments from the tell-all interview, from Harry’s “nasty” fight with Prince William, to blasting stepmother/consort Camilla, and more.

Prince Harry fired shots at his brother Prince William right out of the gate. Anderson Cooper questioned Harry about how William didn’t talk to him while they attended school together, according to his book.

“At the time it hurt,” said Harry. “I couldn’t make sense of it. I was like, ‘What do you mean? We’re now at the same school. Like, I haven’t seen you for ages, now we get to hang out together.’ He’s like, ‘No, no, no, when we’re at school we don’t know each other.’ And I took that personally.”

Harry talked about his walk with William to greet mourners outside of Kensington Palace following Princess Diana’s death.

When Cooper asked what he thinks when he watches the video footage now, Harry said, “I think it’s bizarre, because I see William and me smiling. I remember the guilt that I felt… people that we were meeting were showing more emotion than we were showing… I talk about how wet people’s hands were.”

He explained that he couldn’t understand why people’s hands were damp — but it was from wiping their own tears.

“I do remember one of the strangest parts to it was taking flowers from people and then placing those flowers with the rest of them,” Harry said, looking a tad squeamish. “As if I was some sort of middle person for their grief. And that really stood out for me.”

He also said that he cried for the first time when Diana’s coffin went into the ground. “There was never another time,” he said.

Harry went into detail about his mother’s death in a famous 1997 car crash, and his reaction to it. “For a long time, I just refused to accept that she was gone. She would never do this to us, but also part of, maybe this is all part of a plan,” said Harry. “Then that she would call us and that we would go and join her, yeah.”

Harry said that William had “similar thoughts” and he held onto this belief for “years.” But when he was 20, he asked to see the police report about the crash that killed his mother, in order to have “proof.”

He doesn’t have all the answers about Di’s death

When Cooper asked Harry if he feels that he’s gotten all of the answers about what really happened when Princess Diana died in a tunnel in Paris, Harry said, “Truth be known, no. I don’t think I do. And I don’t think my brother does, either.

I don’t think the world does.”

Cooper questioned Harry about his use of pot and cocaine in the past. Harry said he did it in the years following his mother’s death, as a response.

“I resorted to drinking heavily. Because I wanted to numb the feeling, or I wanted to distract myself from how…whatever I was thinking. And I would, you know, resort to drugs as well,” he said.

He also said that he thinks using as psychedelics, Ayahuasca, psilocybin, mushrooms, helped him.

“They cleared away this idea that I had in my head that I needed to cry to prove to my mother that I missed her. When in fact, all she wanted was for me to be happy.”

Although he wasn’t specific about the timeline of his drug use, he said that his destructive behavior changed because of Meghan Markle. “Rather than getting drunk, falling out of clubs, taking drugs, I had now found the love of my life, and I now had the opportunity to start a family with her.”

Harry wrote in his book that he and William directly asked Charles not to marry Camilla. In his “60 Minutes” interview, he continued to blast her.

“We didn’t think it was necessary,” he said. “We thought that it was gonna cause more harm than good.”

He also said that her need to rehabilitate her image from a “villain” in the British press made her “dangerous” because of the connections that she was making with the tabolids.

“And there was open willingness on both sides to trade of information. And with a family built on hierarchy, and with her, on the way to being Queen consort, there was gonna be people or bodies left in the street because of that.”

Harry felt that he was one of these “bodies,” he said, writing in his book, “Camilla sacrified me on her personal P.R. altar.”

In his book, Harry writes that when he introduced Markle to the Royal family in 2016, his father initially liked her but William was skeptical and called her “an American actress,” disdainfully.

Harry said this distrust started off, “Right from the beginning, before they even had a chance to get to know her.  And the U.K. press jumped on that. And here we are…The fact that she was American, an actress, divorced, Black, biracial with a Black mother. Those were just four of the typical stereotypes that is– becomes a feeding frenzy for the British press.”

The royals read the tabloids

Harry said that part of his family’s mistrust in Markle was because they read the press themselves. “My family read the tabloids, you know? It’s laid out at breakfast when everyone comes together,” he said. “So, whether you walk around saying you believe it or not, it’s still leaving an imprint in your mind. So, if you have that judgment based on a stereotype right at the beginning, it’s very, very hard to get over that.”

William and Charles were “furious” about Harry’s statement supporting Markle

In 2016, shortly after Harry’s relationship with Meghan became public, he put out a statement condemning what he saw as the racist way the press treated her. But his dad and brother weren’t happy, he said.

“They felt as though it made them look bad. They felt as though they didn’t have a chance or weren’t able to do that for their partners. What Meghan had to go through was similar in some part to what Kate and what Camilla went through, very different circumstances.”

Markle’s race made her situation different, which is family couldn’t understand, he said.

“I went into this incredibly naïve. I had no idea the British press were so bigoted. Hell, I was probably bigoted before the relationship with with Meghan.”

The “nasty” physical fight with William

In his book, Harry alleges that his tension with William about Markle led to a physical altercation in 2019. He elaborated to Cooper that Willam shoved him and he landed on a dog bowl, cutting his back.

“It was at a time where he was being told certain things by people within his office. And at the same time, he was consuming a lot of the tabloid press, a lot of the stories. And he had a few issues, which were based not on reality,” said Harry. “And I was defending my wife. And he was coming for my wife…through the things that he was saying.”

Harry said that William apologized afterwards, but it was a “nasty” experience. “He knocked me over. I landed on the dog bowl. I cut my back.”

William asked Harry not to tell anyone, he said, but Markle noticed the cut on his back.

When Cooper asked Harry if he and William speak or text, Harry said, “Currently, no. But I look forward to us being able to find peace.” 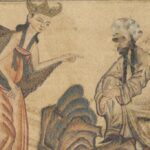 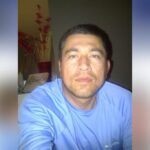