Prince Harry slammed the “dangerous spin” that he “boasted” about killing 25 Taliban fighters in Afghanistan in his new memoir, “Spare.”

The Duke of Sussex condemned the “dangerous lie” after he was widely criticized for discussing the killings in his book — a move his former comrades say is a “betrayal” that could “incite” assassination attempts.

Appearing on “The Late Show With Stephen Colbert” in an episode aired Tuesday, the exiled royal accused the press of taking his words out of context.

“I think one of the most dangerous lies that they have told, is that I somehow boasted about the number of people I have killed in Afghanistan,” Harry said.

“I would say that if I heard anybody else, anyone, boasting about that kind of thing, I would be angry. But it’s a lie.”

“My words are not dangerous, but the spin of my words is very dangerous to my family,” he added.

Harry served in the British Army Air Force for ten years where he was twice deployed to Afghanistan and rose to the level of captain.

In his protocol-shattering memoir, Harry called his victims “chess pieces taken off a board, bad guys eliminated before they kill the good guys,” and said that he did not feel “ashamed” for his actions because he’d been conditioned by the military to not feel anything.

When Colbert noted that news of Harry’s military killings was not new information, Harry went on, “Almost ten years to the day my face was splattered all over the front pages because someone asked me the question, while I was still in Afghanistan if I had killed anybody from an attack helicopter. And I said ‘yes.’”

Harry continued to defend his striking admission, saying he chose to share it in a bid to reduce veteran suicide.

“I made a choice to share it because having spent nearly two decades working with veterans all around the world, I think the most important thing is to be honest and to be able to give space to others to be able to share their experiences without any shame,” the 38-year-old said.

“And my whole goal and my attempt with sharing that detail is to reduce the number of suicides.”

Harry’s blasé recollection also sparked outrage from the Taliban, which called for him to face trial for war crimes. 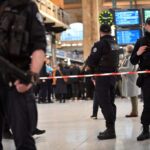 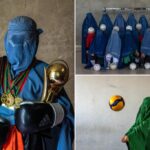