Prince Harry has ruled out any potential for a future move to his homeland, saying the relocation would simply be “unsurvivable.”

When asked point blank if he would ever resume his former royal role in the UK and leave his sun-soaked life in California behind, the Duke of Sussex said he did not think “it’s ever going to be possible.”

“Even if there was an agreement or an arrangement between me and my family, there is that third party that is going to do everything they can to make sure that isn’t possible,” he said during an interview on “Good Morning America” aired Monday, seemingly referring to the British press as the “third party.”

“Not stopping us from actually going back, but making it unsurvivable,” the father-of-two added.

Harry, who has sensationally broken royal protocol by releasing the tell-all memoir “Spare,” insisted his late grandmother, Queen Elizabeth II, wasn’t too hung up on his decision to step down as a working royal with his wife, Meghan Markle.

“She knew what was going on. She knew how hard it was. I don’t know whether she was in a position to change it,” the 38-year-old exiled royal explained.

“She never said to me that she was angry. I think she was sad it had got to that point.”

Elsewhere in the interview, Harry said his late mother, Princess Diana, would be “heartbroken” at the way Prince William betrayed him.

“I think she’d be sad,” he said when asked how his mom would feel about the total breakdown of his once-close bond with his brother.

“I think she would be heartbroken that it’s ended up where it’s ended up,” added Harry, who made it clear that he nor his wife have no plans to ditch their royal titles.

Harry theorized that specifically, his mom would have been pained to see 40-year-old heir apparent William allowing his PR people to endlessly trash the Sussexes with planted stories.

“I think she’d be heartbroken about the fact that William — his office — were part of these stories,” he said of the negative press he widely blames for forcing him to flee his family and his homeland. 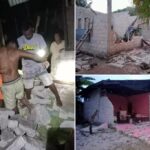 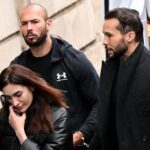 Andrew Tate due in Romanian court to appeal detention