Prince William was reportedly so concerned about Meghan Markle and Prince Harry’s unhappiness during their 2019 trip to South Africa, he asked to meet with his brother — but was turned down.

Harry rejected the offer because he was worried word of the sit-down would leak to the press, The Sun reported, citing an upcoming book about the royals by journalist Valentine Low.

William allegedly became alarmed after watching a bombshell ITV interview with Harry and Meghan while they were in South Africa.

William tried to set up a meeting after seeing that Harry and Meghan were “were in crisis,” according to the book, “Courtiers: the Hidden Power Behind the Crown,” by Low, a veteran Royals correspondent for The Times of London.

But when Harry found out that William’s private secretary would be made aware of the meeting, Harry bailed on the idea because he was afraid intel from the chat might be leaked to the press, according to the book. 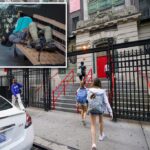 NYC kids seek therapy after exposure to vagrants and addicts 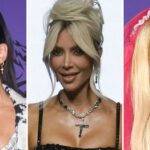