Prince Harry’s the “Spare” even as a late-night TV guest.

The exiled prince poked fun at his royal standing as he appeared on “The Late Show” with Stephen Colbert — this time playing second fiddle to Hollywood superstar Tom Hanks.

Colbert, 58, opened Tuesday night’s show with a skit of him eagerly awaiting a VIP on the edge of a red carpet alongside two trumpet heralds wearing regal uniforms.

“Where is he?” Colbert asks, pretending to anxiously look at his watch as a staffer runs in exclaiming: “He’s coming! He’s coming!”

As the trumpeters start their fanfare — with regal-looking flags on their instruments — Harry walks in and immediately protests at the royal reception.

“Stephen, not needed, but thank you, I appreciate it,” the prince says with mock earnestness.

“What are you talking about?” Colbert then asks. “This isn’t for you! Get out of the way — he’s coming!”

As Colbert salutes, Harry — dressed in a gray suit and dark-blue shirt — then pretends to look upset as he throws rose petals over the 66-year-old “Castaway” star.

Colbert then continued to joke at the Harry’s expense at the start of the episode, which was actually recorded Monday night, over security fears for the much-maligned prince.

“You have tuned in for a pretty big night,” Colbert said, pretending to refer to Harry’s appearance — before joking: “Because it’s Pat Benatar’s birthday. Happy birthday, Pat Benatar!”

He then pretended to suddenly remember he was also chatting to Harry, calling him the “lord of the gingers.”

When Harry finally came on for his interview, he was welcomed by the band playing Albert King’s “Born Under A Bad Sign.”

But the blues classic was almost drowned out by the screams and cheers of the studio audience, many of whom chanted: “Harry! Harry!”

Harry further joked at his main sob story about being dismissed as a “spare” there just to help the heir, his brother Prince William.

Seeing two chairs next to Colbert’s desk, Harry quipped: “Is this the spare?”

Colbert then served booze for the prince, who admitted to heavy drinking and drug use in his best-selling memoir, which went on sale hours earlier on Tuesday. 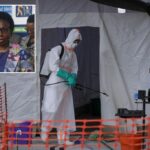 Uganda declares itself Ebola-free after swiftly turning tide on outbreak 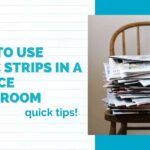 How to Use Comic Strips in a Science Classroom