Unsurprisingly, Prince Harry’s incendiary memoir has only driven the wedge between him and his royal family deeper.

King Charles has decided his divergent son will play no part in his upcoming coronation after spilling countless family secrets, royal insiders claim.

“As things stand, there is no role for Harry in the service,” a source told The Sunday Times.

The King has completely written Prince Harry out of the coronation script, meaning he will be a mere audience member should he choose to attend the May 6 event.

In a major break from tradition, King Charles will not require the six royal dukes to kneel before him to “pay homage” before touching the crown and kissing the monarch’s right check, the outlet reported.

Instead, only Prince William — the son who hasn’t released multiple bombshell reports to the public — will perform the tradition.

Sources told The Sunday Times that both King Charles and Prince William are livid after Harry’s autobiography, “Spare,” was leaked this week.

Prince Harry mercilessly painted his brother as an abusive bully who tossed him to the ground in one of the palace cottages and even called him his “archnemesis.”

Though he mostly targeted his big brother, the ex-royal also threw shots at his father and hammered down on his previous claims that King Charles was an absentee father who abandoned him in the wake of his mother’s death.

“The King is no less hurt because he personally hasn’t been the focus of the majority of the anger and frustration of the book. He feels it as keenly, it is no less painful for him because the focus is on his son rather than him. There is a lot family pain,” a friend of the monarchs told The Times.

It is not clear whether Prince Harry will attend his father’s monumental coronation.

Buckingham Palace insiders said King Charles was still planning on inviting Prince Harry and Meghan Markle in the days after the couple’s explosive Netflix documentary was released. Despite the feud, a “door will always be left ajar” for the duo, the sources said last month.

But Prince Harry refused to commit to attending the event, according to the second trailer of his upcoming bombshell interview with ITV’s Tom Bradby.

The former royal said his attendance would be up to his family.

“There’s a lot to be discussed and I really hope that they’re willing to sit down and talk about it,” Harry said.

The Duke of Sussex has repeatedly claimed he wants the bad blood between him and his family to end but blames them for prolonging the feud — “They’ve shown absolutely no willingness to reconcile,” he said.

In spite of his whining, Prince Harry has continued to expose family fights and secrets across multiple forums over the last several years. 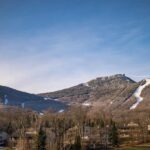 Northeast ski resorts forced to close due to unseasonable warmth 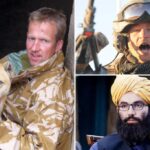