Prince Harry exposed in his bombshell memoir how his wife, Meghan Markle, misled viewers in her interview with Oprah by trying to pin a spat over flower girls’ dresses all on Kate Middleton — when in reality, she had also upset her royal sister-in-law by commenting on her “baby brain.”

The self-exiled royal writes in his intensely anticipated tell-all, “Spare,” which was leaked Thursday ahead of its official Jan. 10 global release, that Markle told the Princess of Wales that she “must have baby brain because of her hormones.”

When Oprah interviewed Harry and Meghan in 2021, the former “Suits” star accused tabloids of falsely claiming that she made Kate Middleton cry during a spat over flower girl dresses for the Sussexex’s 2018 wedding.

“The narrative with Kate, which didn’t happen, was really, really difficult and something that I think, that’s when everything changed, really,” Markle said at the time. “No, no, the reverse happened.”

The 41-year-old Duchess of Sussex said that her sister-in-law “was upset about something,” but that she ultimately made amends.

“She owned it, and she apologized, and she brought me flowers and a note apologizing and she did what I would do if I knew that I hurt someone,” Markle said during the explosive sit-down.

Markle then confirmed that the feud had to do with flower girl dresses “and it made me cry and it really hurt my feelings.”

The former actress, however, did not go into the specifics of the argument, saying it was unfair to Middleton “because she apologized and I’ve forgiven her” — but she bristled at being publicly portrayed as the aggressor.

“What was hard to get over was being blamed for something that not only I didn’t do but that happened to me,” she whined.

But her husband’s book tells a somewhat different story of the kerfuffle surrounding the clash between Markle and the Princess of Wales.

Harry wrote that Middleton was very upset over a discussion about the timing of the wedding rehearsal and the flower girl dresses.

“Spare” reveals how Middleton, then still the Duchess of Cambridge, texted Markle the week of her wedding about a “problem” with Princess Charlotte’s dress, which she was supposed to wear while performing the duties of a flower girl during the ceremony.

The “French haute couture dresses” had been “hand-sewn based solely on [the bridesmaids’] measurements” so it made sense that they would need some tweaks, Harry wrote of the designs, which were custom-made by Givenchy’s then-creative director Clare Waight Keller, who also created Markle’s wedding dress.

The Duchess of Sussex told her sister-in-law to bring Charlotte to the palace, where a tailor was waiting to perform alterations for all six of the bridesmaids; according to Harry, this was “not sufficient” for the princess, who arranged a time for the two to talk.

Charlotte’s dress was “too big, long and baggy,” Middleton allegedly told Markle, adding that her daughter “burst into tears when she tried it on.”

When Markle reiterated that Middleton should bring Charlotte to the tailor on standby for alterations, Harry wrote, the princess told her that all the bridesmaid dresses needed to be completely remade.

It was in this context that Markle made the “baby brain” remark, according to Harry’s memoir. The comment was made a month after Middleton had given birth to her and Prince William’s youngest child, Prince Louis.

While the Princess of Wales eventually agreed to visit the tailor with Charlotte, Harry writes, he later found his bride in tears “on the floor.” The following day, his sister-in-law apologized and brought over flowers and a card.

According to Harry’s memoir, his wife was reprimanded for the remark and told that she wasn’t close enough to the Princess of Wales to say something like that. Markle, in turn, was “offended” by the telling-off and was reduced to tears.

In the wake of the leaks about Kate and Meghan’s confrontation, Twitter lit up with posts calling the Duchess of Sussex a “bully.”

“Meghan spoke like that to a future Queen.. just imagine the way she spoken to her junior staff,” one critic wrote.

Another opined: “Accusing Catherine of having ‘baby brain because of her hormones’ right after she had given birth to Louis and had 2 young children at home tells you everything you need to know about Meghan.”

A third commenter chimed in: “In two words to Catherine, ‘Baby-brain’, (Harry) has destroyed Meghan’s carefully crafted image of Mother, and Homemaker, that she has been cultivating for the last few years in America. It’s dismissive, patronizing, and NOT ‘Feminism’. It reveals a negative attitude to Motherhood.” 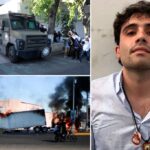 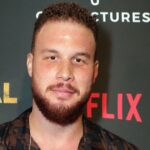