Prince Harry has blasted the palace’s double-standard handling press for Prince William — saying they were “happy to lie to protect” his brother, but “were never willing to tell the truth” to protect him and Meghan Markle.

The Duke of Sussex made the shocking claims in a new trailer for the couple’s Netflix docu-series posted on Monday.

“They were happy to lie to protect my brother,” he said in the teaser. “They were never willing to tell the truth to protect us.”

Harry claimed the couple was facing “institutional gaslighting,” leaving Meghan to chime in saying, “I wasn’t being thrown to the wolves, I was being fed to the wolves.”

The couple also highlighted their security fears, which they have claimed were ignored by the palace.

“Everyone in the world knew where we were,” Markle said.

In the new trailer, Harry appears to also reflect on his departure from the United Kingdom.

“I wonder what would’ve happened to us had we not got out when we did,” Harry ponders at the start of the teaser.

The trailer then features a clip of Harry, bright-eyed with a smile on his face, saying they are now aboard their “freedom flight” — leaving the royal life behind.

The dramatic clip — announcing the final three episodes will be available to stream Dec. 15 — provides viewers with more intimate details of what led the couple to leave the royal life behind. 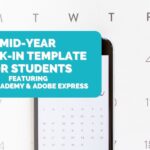 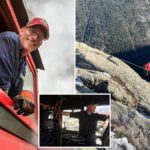