Priests and nuns watch pornography online just like everybody else, Pope Francis told aspiring clerics of the Roman Catholic Church this week.

“It is a vice that many people have, many laymen, many laywomen, and also priests and nuns. The Devil gets in that way,” Francis said Monday, according to the European Times.

“And I’m not just talking about criminal pornography like that involving the abuse of children, that is already degeneration. But pornography that is a little ‘normal’. Dear brothers, be careful about this,” he warned seminarians at a meeting in Rome.

The famously tolerant 85-year-old Pope had been asked by a student of the church whether devotees should use the technologies of the modern world, such as cell phones.

“There is another thing, which you know well: digital pornography. I’m going to spell it out,” he said. “The pure heart, the one that receives Jesus every day, cannot receive this pornographic information. That today, is the order of the day. And if you can delete this from your mobile phone, delete it.”

“Sins of the flesh are not the most serious,” he said of sex outside of marriage in December 2021. 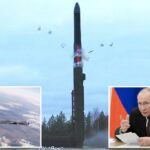 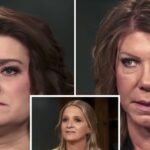