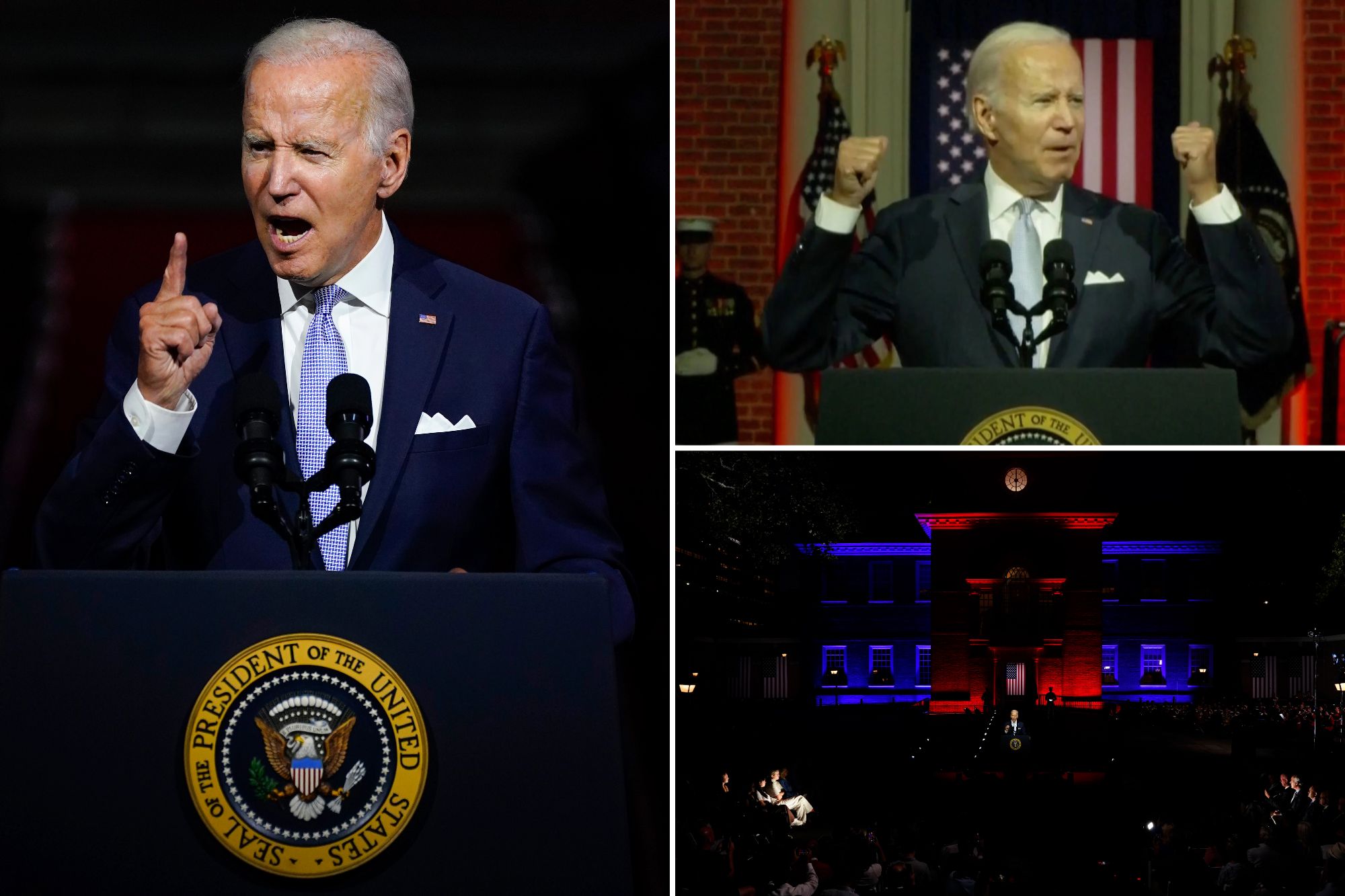 Follow along with The Post’s live coverage of President Biden’s speech at Philadelphia’s Independence Hall Thursday.

During the campaign-style event, his second in the swing state this week, Biden is expected to double down on his attacks on MAGA Republicans.

In Wilkes-Barre Tuesday, the president blasted the GOP over the Jan. 6 Capitol riot and attacks on the FBI following last month’s raid of former President Donald Trump’s Mar-a-Lago estate.

Biden’s speech, which comes just 10 weeks before the midterms, is slated to begin at 8 p.m. ET.

What you need to know