A pregnant mother and a teenager were among the four people killed in a massive, 46-vehicle pileup crash on a snowy Ohio Turnpike Friday, officials said.

The fourth victim has not yet been identified pending a family notification of their death, police said.

The miles-long crash occurred near milepost 106 on the Ohio Turnpike during deadly “whiteout conditions” as winter storm Elliott battered the US with freezing temps and heavy snow killing at least 57 people — including 28 in the Buffalo area.

Crews from as far as Toledo, over 45 minutes away, were called in to assist with extrication.

“I’ve never seen anything like it,” a 30-year veteran of the Toledo Fire & Rescue Department said of the crash to WTOL. “One of the worst incidents I’ve ever responded to.”

Roth and her unborn child did not survive the crash, according to her brother-in-law, Chris Rother, who launched a GoFundMe campaign to support her family. Her two other children survived the crash, but have been suffering from serious injuries.

“The children have been moved to multiple hospitals in order to receive the support they need after being in the accident and having been stuck in the cold weather waiting to be rescued,” Chris Roth wrote. By 9 p.m. on Monday, over $55,000 had been donated.

Smith, a community college student, was also tragically killed in the crash.

“It is hard for me to find the words to say that our sweet daughter, Emma Smith left this world on Friday December 23,” her father Matthew G. Smith wrote in a Facebook post.

“Details of her end-of-life service will be provided here soon.  If anyone would like to share a Emma story that would be wonderful for my family,” he wrote.

The first of numerous crashes occurred around 11:45 a.m. on Friday between State Route 53 and State Route 4 in Sandusky and Erie Counties, officials told WTVG.

Numerous people were also injured, however officials have not said how many.

OSHP said drivers were experiencing “whiteout conditions” on the road amid heavy winds and snow. 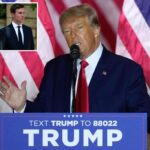 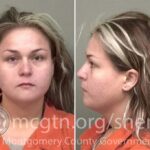 Tennessee mom used her child as shield in armed carjackings