A pregnant woman went into labor at the Texas border as heavily armed National Guard troops faced off with tens of thousands of desperate migrants forced to wait longer than expected to flood into the US.

The mom-to-be was among huge crowds — including young kids — gathered on the banks of the Rio Grande in El Paso, Texas, where armored vehicles and endless stretches of barbed wire also kept them from attempting to cross from Mexico, with many destined for New York.

They were expecting to be allowed in first thing Wednesday at the lifting of Title 42 restrictions — until an unexpected, last-minute order was issued to temporarily keep it in place.

The unidentified pregnant migrant went into labor on the riverbank, where Border Patrol agents rushed to help, according to First Sgt. Suzanne Ringle, a spokesperson for the National Guard forces on patrol there. It was not immediately clear what happened to the woman and her baby.

Meanwhile, El Paso declared a state of emergency over the weekend as it warned an estimated 20,000 migrants were planning to enter the US from Ciudad Juárez, where shelters are packed to capacity and food banks close to running out.

At one point late Tuesday, some migrants were allowed to enter through a gate — sending hundreds of people scrambling along the concrete banks of the Rio Grande, leaving smoldering campfires behind.

Troops in camouflage uniforms and helmets and armed with rifles stood watching the large gatherings, with armored vehicles lining the river, using a loudspeaker to announce in Spanish that it’s illegal to cross.

Texas said it was sending 400 National Guard personnel, with the Democratic mayor claiming it was to protect vulnerable migrants — while the Guard itself said it was to “repel and turn back illegal immigrants.”

There were similar scenes in California, where layered, razor-topped walls rising 30 feet along the border in San Diego kept back an estimated 5,000 migrants waiting to cross from Tijuana.

Title 42 was a public health order aimed at preventing the spread of COVID-19 — one used to expel asylum seekers 2.5 million times, close to half the record 4 million encountered at the Mexican border.

The White House said there was no longer justification to “extend indefinitely a public-health measure” — while conceding that ending the restrictions will likely lead to “disruption and a temporary increase in unlawful border crossings.”

It was set to end Wednesday, but in a last-minute move Monday, the Supreme Court allowed it to remain in place temporarily while a legal challenge by Republican state attorneys general seeking to extend the measures is decided.

President Biden’s administration asked the court to let the asylum restrictions end — but not until after Dec. 27, after the holiday.

Some of the tens of thousands of immigrants who flocked to the border towns complained that they’d been tricked.

“I view it as a joke, to give us hope and then, like a child, trick us and tell us that they are going to postpone,” Venezuelan Vladimir Castellanos said as he and his brother waited to cross the Rio Grande.

Another Venezuelan, Alexis Farfan, 26, said he was waiting to get back after being expelled from the US earlier this month.

“I can’t give up so easily … I trust in God that I will get to the other side,” he said. 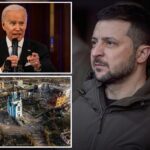 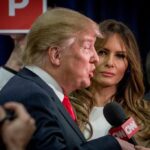 Trumps claimed negative income in four of six years between 2015 and 2020: report