Get those lucky numbers ready for the next Powerball drawing!

There was no winner for Monday night’s $285 million Powerball jackpot, now making this Wednesday’s drawing an astonishing $300 million.

With the Powerball’s next drawing on Wednesday, the next chance to win big will be tonight’s $325 million Mega Millions drawing.

“Lots of people come in to play. It’s always busy no matter what time of day it is,” Alberto Roman, a clerk at a Speedway on Commack, Long Island, told The Post.

The morning rush is the most hectic time to buy tickets, Roman said. Everyone wants to grab their coffee and ticket before heading off to work, and when the prizes go up, people get even more infatuated with playing.

In late July, the third biggest prize for Mega Millions — $1.34 Billion — was won by two mystery winners in Illinois.

As of last week, those winners came forward to claim their prize after weeks of America enviously waiting to know who won the life-changing money.

Under Illinois lottery rules, winners do not have to reveal their identity to the public.

Here’s a look at the 10 largest U.S. jackpots that have been won and the states where the winning tickets were sold: 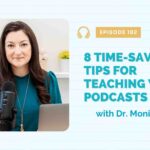 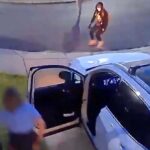