Is today your lucky day?

There was no winner for Monday’s Powerball jackpot, making tonight’s drawing worth a whopping $353 million.

The winner of the tonight’s drawing could be the first Powerball jackpot champion since January, when a married couple from Wisconsin pocketed $316.3 million.

Disappointed lottery players on Wednesday night will have a chance to redeem themselves in Friday’s Mega Millions jackpot drawing, which now surged to an eye-popping $410 million.

After confirming there was no jackpot winner in Tuesday night’s drawing, Mega Millions announced the prize had exceeded $400 million for the third time this year.

The Mega Millions jackpot last made headlines in July, when a ticket sold in Illinois won an astonishing $1.34 billion — the third-largest prize in US history.

The anonymous winner took their time claiming the prize, only choosing the lump sum payment of $780.5 million after consulting with legal and financial advisors for eight weeks.

“It’s a surreal feeling giving away this amount of money and knowing what a huge impact this is going to make on the winners’ lives, and for others close to them as well,” Illinois Lottery Claims Manager Luis Rodriguez said at the time.

Charlie Tells Libby, Andrei to ‘Get Over It’ 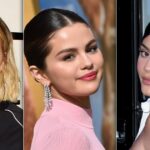 Celebrity Photoshop Fails Over the Years — Khloe, Kylie and More