The money keeps stacking up for the Powerball jackpot!

Powerball players live to see another drawing as the jackpot surges to $420 million after there were no winners on Monday night.

But there are a few newly minted millionaires waking up today.

A fourth winner from Iowa will claim $2 million after hitting big on the power play.

The next Powerball drawing will be 11 pm ET Wednesday evening.

Lottery players’ also have another chance to win tonight with the $445 million Mega Millions drawing at 11 pm ET.

As both jackpots climb, the lotto craze is creeping back into everyone’s mind.

Last month, those winners came forward to claim their prize after weeks of America enviously waiting to know who won the life-changing money.

Under Illinois lottery rules, winners do not have to reveal their identity to the public.

Here’s a look at the 10 largest U.S. jackpots that have been won and the states where the winning tickets were sold: 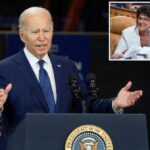 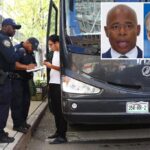