“Never tell me the odds,” Han Solo once declared.

The same can be said for every Powerball ticket buyer as the lottery’s grand prize reached $700 million for Wednesday’s highly anticipated drawing.

Ticketholders will have a one in 292.2 million chance of taking home the massive grand prize, which is the eighth-largest jackpot in Powerball history.

Growing for approximately three months, Powerball has yet to award any ticketholders since Aug. 3, when a Pennsylvanian won $206.9 million. It was the fifth successful drawing this year.

A winner tonight would be able to take an annuity, consisting of a $700 million payout over 29 years, or an immediate lump sum, carrying an estimated $335.7 million value before taxes.

The prize is less than half of Powerball’s largest jackpot, which reached $1.586 billion before three ticket holders won in 2016.

Powerball will draw again Saturday night if no win is announced, though bettors must purchase tickets before sales are cut off one to two hours before the announcement. 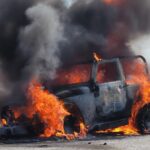 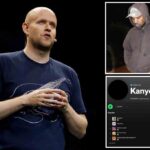