Powerball announced the delay in a statement shortly after the highly-anticipated 11 p.m. drawing.

“Powerball has strict security requirements that must be met by all 48 lotteries before a drawing can occur,” officials said in a statement.

“When the required security protocols are complete, the drawing will be performed under the supervision of lottery security officials and independent auditors.”

It was unclear how long it would take for lottery officials to resolve the issue.

Powerball players across the country held their breath for the latest record-smashing drawing that could pocket them a grand prize of $1.9 billion or $929.1 million in one lump payment.

There have been 40 consecutive Powerball drawings without a jackpot winner dating back to Aug. 3.

But dozens of customers have cashed in on prizes of $1 million or $2 million during that span.

One lucky player in Kentucky won $2 million Saturday night and 16 people across the country walked away with a cool $1 million, including one person who bought a ticket in New York.

The largest Powerball jackpot ever won dates back to 2016 that was a grand total of $1.586 billion and split between three ticketholders.

Monday’s jackpot is only the third time in US lotto history where winnings surpassed $1.5 billion.

The buzz grew throughout the Big Apple ahead of the high-stakes drawing.

“How often does it get this high? Not often,” the 29-year-old pointed out, adding: “It’s a long long shot but I can hope can’t I?”

The chances of winning the jackpot is a long shot 1 in 292 million.

The last grand prize winner to topple those odds this year came when a Pennsylvania Powerball ticket won the $206.9 million prize on Aug. 3. 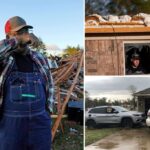 Tornadoes slam Texas and Oklahoma, killing at least 2 and destroying more than 150 properties 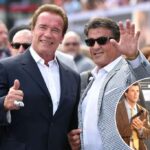