WASHINGTON — Marijuana activists protested at the White House Monday against President Biden’s “disgusting” and “self-serving” move to pardon about 6,500 people convicted federally of simple pot possession while leaving all of the roughly 2,700 federal pot inmates behind bars.

Protesters blasted on loop audio of Biden’s 2019 campaign pledge to free “everyone” in prison for pot and accused him of a half-measure designed to mislead voters ahead of the Nov. 8 midterm elections.

“I 100% know this was for the midterms,” rapper M-1 of hip-hop duo Dead Prez told The Post of Biden’s mass-pardon.

“I think that we need to be wiser and not be used again,” he added, knocking both Biden and Vice President Kamala Harris for not doing more to atone for their own past actions to jail pot offenders.

Biden’s tough-on-drugs legislation in the 1980s and ’90s “made warehousing and the prison-industrial complex a viable thing,” M-1 said. “If you don’t connect the three-strikes-you’re-out law and the other legislation that he had done in the past with what’s happening today, then you won’t see the full hypocrisy.”

Harris, who supervised the conviction of 1,956 people for pot crimes while San Francisco district attorney, “locked up so many of us in California for weed,” the rapper added, before performing his group’s song “Propaganda” to diss Biden’s latest move.

“If you read the headlines or you read the narrative that the White House is pushing out, you would be confused,” he said. “That needs to be exposed on another level: the double talk, basically the lies that came from Biden’s mouth have not helped one person locked up on cannabis charges.”

Protest attendees included Craig Cesal, 63, who was one of seven inmates released last year from a life sentence for marijuana by President Donald Trump on his last day in office.

At least one person was arrested Monday. Students for a Sensible Drug Policy member Sarah Noon of Columbia University was busted by the Secret Service as she waved a marijuana flag just inside the White House press gate, which is known to be slow to close.

“We can not cooperate with the unfulfilled promise from the leader of our government,” Noon said. “He said: all cannabis prisoners out, records expunged. This has yet to have happened.”

Although Biden advocated harsh drug penalties for decades, he pivoted during the 2020 Democratic primary campaign to fend off younger rivals and said he’d empty prisons of pot offenders.

Biden’s clemency this month wiped clean the records of people convicted federally of simple possession, plus unknown thousands more convicted under local DC law. But White House officials said nobody would be released from prison because most cannabis inmates are jailed for distributing the drug.

Federal pot inmates told The Post this month they were shocked and upset by Biden’s decision to leave them in prison. They noted that Biden said at a 2019 debate: “I think everyone — anyone who has a record — should be let out of jail, their records expunged.”

A White House official insisted to The Post on Friday that Biden “announced and is doing” what he promised as a candidate, pointing to a narrowly worded pledge on Biden’s campaign website that said “no one should be in jail because of cannabis use.”

Protest organizer Adam Eidinger, who led DC’s successful 2014 ballot initiative that legalized pot under local law, said that as a young congressional staffer he attended a rally at the White House office building featuring Biden and then-President Bill Clinton “cheering” the 1994 crime law as a boon to Democrats in the midterm elections.

“Joe Biden was like leading the rally for the ’94 crime bill and we were literally cheering in there that we were going to pass this thing. And it passed. And it was the strategy for the midterms,” Eidinger recalled.

“How things have changed — 28 years later, the same Joe Biden in the same building is cheering on this idea that he’s going to free the cannabis prisoners. It is an election strategy. But you have to really do it, or it’s going to blow up in your face.”

Eidinger said he’s spoken to people who received Biden’s mass pardon and that they told him, “I’d rather they had gotten free from prison, this piece of paper is meaningless.” Pardons can ease the effects of a conviction on employment, housing and student aid, though not all recipients are in need of those benefits.

Businessman and activist Steve DeAngelo of the Last Prisoner Project, which helped organize the White House rally, said that he sold about $500 million of medical marijuana in California over 12 years — while others who sold far less were targeted by the feds, including Luke Scarmazzo, 42, who has served 14 years of a 22-year sentence for running a California dispensary.

“Nobody gets out as a result of the president’s actions,” DeAngelo said.

“This is the president who promised us, cannabis voters, in the last election cycle, that he was going to release everybody. And now he’s asking us to vote for Democratic candidates again when he has failed to release a single cannabis prisoner? Is this some type of test to see if we’re too stoned or too stupid to mistake a self-serving political action like this for real change? If so, here’s our answer: it’s not enough.”

DeAngelo added that Biden “said everybody gets out. He didn’t qualify it … He didn’t say simple possession.”

Stacey Theis, a board member of the group Freedom Grow, said that “most of these prisoners are parents” and that many initially thought Biden’s mass pardon meant they would be released.

“Our hearts have been breaking because our prisoners — like, for 48 hours we had people reaching out to us thinking they were going home,” she said. “And that was the saddest most disgusting, political media bulls–t that they could have done. Because so many of our families got really excited.”

Cesal, who was released by Trump from his life sentence for pot, told The Post that he’s still hopeful Biden will honor his 2019 pledge.

“A president before a midterm election generally does not let people out of prison to take a gamble that one of them will go out of prison and do something egregious,” Cesal said. “What I’m hoping and what I’m asking is that after the midterm election, he will start the initiative he talked about to free at least the 267 we have petitions ready for — for him to screen and free right now.”

Federal marijuana legalization generally is considered inevitable due to broad public support. Since 2012, the federal government has allowed 19 states and two US territories to tax and regulate recreational pot — despite the fact that possession remains illegal under federal law.

Last year, a Gallup poll found 68% of Americans — including half of Republicans — support pot legalization. Rep. Nancy Mace (R-SC) is leading legislation that would release most federal marijuana inmates and Senate Majority Leader Chuck Schumer (D-NY) is sponsoring a federal legalization bill in the upper chamber.

Amy Povah, founder of the CAN-DO Foundation, which advocates for clemency for non-violent prisoners, didn’t attend the protest, but told The Post that while inmates “feel betrayed” by Biden’s limited clemency, “I pray this is a precursor to releasing every cannabis prisoner.” 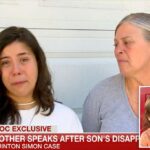 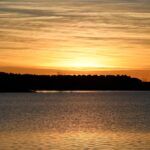