The ex-convict who allegedly killed two nurses at a Dallas hospital while attending the birth of his child opened fire after accusing his girlfriend of infidelity and warning that he would shoot the next person who comes through the door, according to a warrant.

Nestor Hernandez, 30, opened fire at around 11 a.m. Saturday as nurses were working in the labor and delivery area at Methodist Dallas Medical Center, police said.

A Methodist Health System police officer shot and wounded the suspect, who was then taken into custody.

The 30-year-old was transported to another hospital for treatment. He now faces capital murder charges.

At the time of the fatal shooting, Hernandez was on parole for aggravated robbery and was wearing a GPS ankle monitor, police said.

He was granted permission to go to the hospital Saturday to be with his girlfriend as she gave birth to their child.

According to an arrest warrant affidavit obtained by WFAA, after the delivery, Hernandez began “acting strangely” and accused his girlfriend of cheating on him.

Hernandez then allegedly pulled out a handgun and repeatedly pistol-whipped the new mom in the head, then told her, “We are both going to die today” and “whoever comes in this room is going to die with us.”

The warrant stated that the first victim entered the room and was immediately shot dead by Hernandez.

The second victim and a hospital police officer who were in the hallway heard the gunshot.

According to the warrant, the nurse looked into the room, saw her colleague’s lifeless body and was also shot by Hernandez.

The Dallas County Medical Examiner identified one of the victims as 45-year-old Jacqueline Pokuua.

The Ghana news outlet GhanaWeb reported that Pokuua was a native of the African country and the daughter of a retired army colonel living in Accra.

The Fort Worth Star-Telegram reported that Hernandez was released from prison in Oct. 2021 after pleading guilty to an armed robbery in 2015 and receiving an eight-year sentence.

Dallas Police Chief Eddie Garcia called the hospital shooting “an abhorrent failure of our criminal justice system” and a “travesty.”

“We give violent criminals more chance than our victims,” the city’s top cop tweeted. “The pendulum has swung too far.” 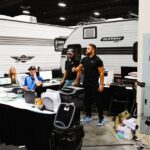