Portland officials are searching for a man suspected of going on a car tire slashing spree, leaving about 65 victims and tens of thousands of dollars in damages in his wake.

“It’s kind of the fringes of anarchy,” Portland resident Bruce Humberstone told KOIN 6 earlier this month. “Our society is kind of upside down right now, at least in Portland and the whole world.”

Residents of the city’s Roseway neighborhood reported dozens of slashed tires at the start of the month.

“A search of the entire neighborhood found 30 — actually we think more than 30 cars — were damaged or vandalized in some way,” Portland Police Bureau Sgt. Kevin Allen told KOIN 6 earlier this month.

“In the early morning hours of October 1, 2022, an unidentified suspect intentionally damaged vehicle tires throughout the Roseway neighborhood. At this time, in upwards of 65 residents were affected by the suspect, including some residents who had tires on multiple vehicles damaged,” the Crime Stoppers of Oregon posted Tuesday on its website.

The nonprofit, in conjunction with the Portland Police Bureau, is asking the public to come forward with any tips on the case. Crime Stoppers of Oregon is also offering a $2,500 cash reward for a tip provided to them that leads to an arrest.

The suspect is described as a white, 6-feet-tall male who weighs more than 250 pounds.

“My son came out and looked at the car, he was going to go to the gym, and it was flat,” Humberstone added earlier this month of how the wheels on his car were slashed. “So, he jumped in our car and didn’t realize all four tires were flat, so he drove and got up to Halsey before he realized, ‘Hey, this isn’t working right.’”

Last month, Portland residents sounded the alarm on a homeless man who was lobbing objects at moving vehicles and questioned why the suspect was only given a citation and not arrested.

“He looks at me, braces himself on his bike, and takes pretty careful aim,” Portland man Steve Magnuson told The Oregonian of one attack. “Then he smashes the object into my windshield, which pounds through the whole car.”

Police issued the suspect in the case a $100 citation for criminal mischief over the incident, even though criminal mischief is a bookable offense that can lead to jail time, local outlets reported at the time.

Violent crime has skyrocketed in the city in recent years, most notably spiking in 2020, as protests and riots raged that summer following the killing of George Floyd. That year notched a 58% increase in homicides compared to the year prior, at 57 deaths, and 2021 recorded a 54% increase, at 88 homicides. The number of homicides in 2021 was a 238% increase from numbers recorded in 2018. 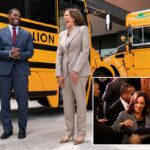 ‘They really can’t let her talk in public’ 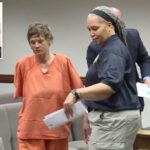