Pompeo, who served as CIA director and secretary of state in the Trump administration, said ​Biden’s remarks indicate how the president is struggling with Russia’s war in Ukraine.

“First off, those comments were reckless, and I think they – even more importantly – they demonstrate maybe one of the greatest foreign-policy failures of the last decades, which was failure to deter Vladimir Putin in the same way the Trump administration did for four years,” Pompeo said on “Fox News Sunday.”

“When you hear a president talking about Armageddon as a random thought just musing at a fundraiser, that is ​a ​terrible risk to the American people. If he truly believes that, he ought to be talking to us in a serious way. More importantly, he should be doing all the things that are necessary to deter Vladimir Putin​,” Pompeo said. ​

But White House national security spokesman John Kirby told ABC News’ “This Week” that the president ​​”was reflecting the very high stakes that are in play right now​ when you have a modern nuclear power and the leader of that modern nuclear power willing to use irresponsible rhetoric the way that Mr. Putin has several times in just the last week or two, as well as the high tensions in Ukraine over just the course of the last few days.

“So the president, I think, was accurately reflecting the fact that the stakes are very high right now​,” he told host Martha Raddatz.  ​

Kirby said the president’s remarks are not an indication that Putin’s finger is on the nuclear trigger as his military faces setbacks at the hands of Ukrainian troops.

​”These comments were not based on new or fresh intelligence or new indications that Mr. Putin has made a decision to use nuclear weapons and, quite frankly, we don’t have any indication that he has made that kind of decision,” ​Kirby, the former spokesman for the Pentagon, said.

“Nor have we seen anything that would give us pause to reconsider our own strategic nuclear posture in our efforts to defend our own national security interests and those of our allies and partners,” Kirby said​.

Biden, speaking at a Democratic Senatorial Campaign Committee fundraiser last week in New York City, said the risk of nuclear “Armageddon” is at its highest level since the 1962 Cuban Missile Crisis.

​”He is not joking when he talks about the potential use of tactical and nuclear weapons or biological or chemical weapons because his military is, you might say, significantly underperforming,” Biden said of Putin.

Pompeo, in the Fox interview, dismissed Biden comparing Putin with the then-Soviet Union deploying nuclear-armed ballistic missiles in Cuba during the Cold War.

“​And America has always pushed back against our adversaries by showing enormous resolve, executing quiet diplomacy in the same way that we did during our time in office, making very clear to Vladimir Putin that the cost of him using nuclear weapon would bring the force of not only United States and Europe but of all the whole world against Vladimir Putin. We ought to be doing that. I hope that they’re doing this quietly​,” he added of the current administration.

Putin, who has called up 300,000 reservists to fight as his troops have been hit by numerous reversals in the eight-month-long war, ramped up the cataclysmic rhetoric last week.

“I want to remind you that our country also has various means of destruction,” Putin said in a televised address Wednesday. “When the territorial integrity of our country is threatened, to protect Russia and our people, we will certainly use all the means at our disposal. 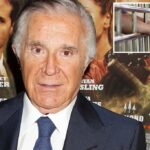 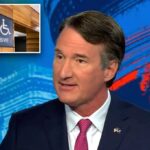