A fundamentalist Mormon leader accused of having over 20 wives, many of whom are underage, pleaded not guilty this week to federal kidnapping and tampering with evidence charges.

Samuel Rappylee Bateman, 46, was first jailed in August when authorities found three underage girls locked inside a trailer he was towing near Flagstaff, Arizona. He subsequently made headlines when a federal raid of his homes in Colorado City turned up evidence of incest, group sex acts involving adults and children, and child sex trafficking.

He remained in custody this week, when he entered his plea in a Phoenix courtroom, CBS reported.

The case against Bateman is part of an ongoing crackdown on abuse allegations in Colorado City and nearby Hildale, Utah. Both cities are longtime strongholds of the Fundamentalist Church of Jesus Christ of Latter-Day Saints (FLDS), a polygamous off-shoot of mainstream Mormonism.

Bateman was once a trusted follower of self-proclaimed FLDS prophet Warren Jeffs, who was sentenced to life in prison more than ten years ago on child sex abuse charges stemming from underage marriages.

However, the affidavit filed shortly after the September raid detailed how Bateman broke away from Jeffs and “began to proclaim he was the prophet” in 2019. He subsequently gained about 50 followers and 20 wives, most of whom are under 15 years old, according to the affidavit.

At least two of his wives are allegedly his own teenage daughters.

Though the current charges against Bateman are limited to tampering with evidence and aiding in abducting young girls, court documents indicated the federal government has evidence which could lead to further charges.

In audio recordings which have been submitted to the FBI, Bateman appeared to facilitate the rape of minors by gifting his daughters to adult male followers.

In one Nov. 2021 interaction, Bateman can be heard saying that “Heavenly Father” commanded him to “give the most precious thing he has, his girls’ virtue.”

One of the daughters was only 12 at the time.

Earlier this month, three of Bateman’s adult wives were charged with kidnapping and impending prosecution after eight children from the Colorado City complex absconded from protective custody and were later found hiding at an Airbnb in Washington state.

Authorities now say the adult women were acting on Bateman’s example, after the jailed prophet instructed his followers to obtain passports and delete messages following his arrest.

Batemans’ trial is currently set to begin on Jan. 10, though this date may be pushed back if his lawyers receive more time to prepare. 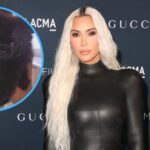 Kim Kardashian Slammed After TikTok of Dogs in Her Garage 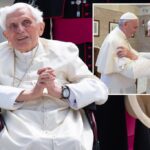