A young Florida deputy killed in the line of duty was struck by friendly fire when sheriff personnel attempted to serve a warrant on an alleged meth dealer predawn Tuesday.

Deputy Blane Lane, 21, was caught in the deadly gunfire after the suspect, Cheryl Lynn Williams, pointed a BB gun that looked like a real handgun at authorities inside the mobile home, according to the Polk County Sheriff’s Office.

A sergeant and two deputies followed Williams into a room and fired at her when she quickly aimed the weapon at them, the sheriff’s office said.

Lane was positioned outside the home to make sure she couldn’t flee when he was hit in the left arm by a bullet that then pierced his chest, authorities said. The round came from the gun of either a sergeant or deputy who shot at Williams.

Lane was rushed to a nearby medical center where he later died. Williams was also shot, but is in stable condition and is expected to live. She is expected to be charged with second-degree murder after she gets out of the hospital, the Polk sheriff’s office said.

Polk County Sheriff Grady Judd said during a press conference he believe six shots were fired during the incident.

“It is my belief that at this early stage of the investigation she clearly and unequivocally wanted to put us into a gun fight with her and/or a suicide by cop,” Judd said.

The sergeant and three deputies approached the home around 2:07 a.m. Tuesday after the department received a tip that Williams had an outstanding felony warrant for failure to appear on a possession of meth charge, authorities said.

When Williams, 46, noticed law enforcement coming, one of two witnesses also inside the home with Williams told police she picked up the weapon and walked to another part of the home, according to authorities.

The witness said he told her, “you don’t want to do that,” with her allegedly replying, “let them in.”

The witnesses let the deputies in and directed them to where Williams was in the home, the sheriff’s office said.

Lane, the father of a 3-year-old daughter, graduated from the Polk State College KCTIPS dual law enforcement-detention academy after he enrolled in September 2020. He was hired as a detention deputy in May 2021 before becoming deputy sheriff in January 2022.

“All of this breaks our heart,” Sheriff Judd said, noting Lane did exactly what he should’ve during the incident.

Judd said he hopes Williams languishes in prison for the rest of her life.

A further investigation is underway. 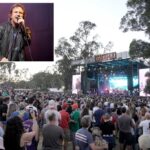 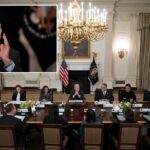