Republicans on the House Judiciary Committee accused the FBI’s top brass Friday of pursuing a “woke, leftist agenda” by artificially inflating the number of domestic extremism investigations, burying the investigation into first son Hunter Biden, and forcing out conservative employees.

The report, which runs 1,050 pages with appendices, amounts to a preview of coming investigations should Republicans win back the House in the Nov. 8 midterm elections.

The document cites whistleblowers who are quoted as saying the FBI is “rotted at its core,” has a “systemic culture of unaccountability” and is full of “rampant corruption, manipulation, and abuse.”

“Quite simply, the problem — the rot within the FBI — festers in and proceeds from Washington,” the report’s introduction read. “[T]he FBI and its parent agency, the Justice Department, have become political institutions.” 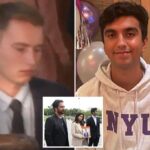 Daniel Campbell gets 90 days in jail for killing NYU student 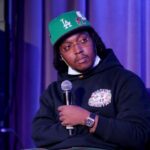