The victims killed when a Russian-made missile crossed into Poland and hit the eastern region of the country were identified Wednesday as two farmers.

Boguslaw Wos, 62, the foreman of a grain warehouse, and Bogdan Ciupek, 60, a tractor driver, died in the explosion Tuesday in the eastern village of Przewodów, Metro UK reported.

Wos had worked at the grain-processing plant for 40 years, whereas Ciupek drove a tractor at the site, the outlet reported, citing local media.

Tuesday’s explosion was an immediate cause for concern, as it was first unclear whether it was an intentional strike. A preliminary assessment later suggested the missile was fired by Ukrainian forces aiming at an incoming Russian missile.

“Ukraine’s defense was launching their missiles in various directions and it is highly probable that one of these missiles, unfortunately, fell on Polish territory,” Polish President Andrzej Duda said. “There is nothing, absolutely nothing, to suggest that it was an intentional attack on Poland.”

For many residents of the village of Przewodów, there was a moment of relief when they learned the strike appeared to have been an accident.

“Everyone has in the back of their mind that we are right near the border and that an armed conflict with Russia would expose us directly,” Grzegorz Drewnik, the mayor of Dolhobyczow, which incorporates Przewodow, told Reuters.

“That’s the biggest fear. If this is a mistake of the Ukrainians, there should be no major consequences, but I’m not an expert here.”

NATO leaders on Wednesday held an emergency meeting in Brussels, where Secretary-General Jens Stoltenberg emphasized what the initial investigation uncovered.

“We have no indication that this was the result of a deliberate attack,” Stoltenberg said, adding that he wanted to “be clear” that “this is not Ukraine’s fault.”

“Russia bears ultimate responsibility, as it continues its illegal war against Ukraine.”

President Biden said Tuesday evening it was “unlikely” that the deadly strike had been fired by Russia, but pledged support for Poland’s investigation into the incident.

Poland said it would invoke NATO’s Article 4, a formal call for allies to meet about a security threat, but it’s unclear if they still will after findings suggested that the blast was caused by a Ukrainian air defense missile.

Though Ukraine initially blamed Moscow, Russia has said it had nothing to do with the deadly blast.

The explosion came as Russia has amped up its missile attacks in recent weeks, looking to target Ukrainian energy infrastructure. It was also the first time a NATO country has been struck during the nearly nine-month-long war in Ukraine. 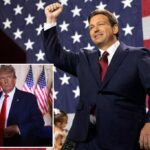 DeSantis gets cheers at GOP event before Trump announcement 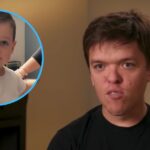