Nearly two weeks after four University of Idaho students were found knifed to death in their off-campus home, police have still not publicly identified a suspect.

As students emptied out of the college town for Thanksgiving, investigators once again returned to the taped-off murder scene in Moscow on Friday — 13 days after Kaylee Goncalves, 21, Ethan Chapin, 20, Xana Kernodle, 20, and Madison Mogen, 21 were found stabbed to death at the house.

Despite pursuing countless tips, analyzing more than 100 pieces of evidence and reviewing thousands of photos and videos taken before and after the killings, law enforcement officials appear to not be any closer to identifying the suspected killer or killers.

Authorities have not named a motive for the early morning slayings and have failed thus far to locate the murder weapon — believed to be a fixed-blade knife.

The Moscow Police Department has not provided any update of its investigation since Tuesday, when they ruled out a slew of suspects, including the slain students’ two other roommates Bethany Funke and Dylan Mortensen — who were asleep in another floor of the home and spared by the killer.

Police also said they could not confirm reports that Kaylee said before her death that she had a stalker — but are still looking into the report.

When the killer or killers struck, the four students were likely sleeping on the second and third floors of the house sometime between 3 a.m. and 4 a.m., police said. Some had defensive wounds, although it’s not clear which victims.

According to police, Chapin and Kernodle were last seen at the Sigma Chi house on the University of Idaho Campus before returning to the home around 1:45 a.m. Chapin did not live in the home and was just visiting.

The next morning, the surviving roommates called other friends to the residence, believing one of the second floor victims had passed out and was not waking up, cops said. Just before noon, police received a 911 call for an unresponsive person. When police arrived, they discovered the deceased victims.

The FBI has dedicated 22 agents in Moscow and a further 20 further afield, as well as two profilers. Idaho state police have also put 20 investigators on the case.

Former FBI profiler Jim Clemente speculated that the killer is a younger man and first-time killer, pointing to the riskiness of the crime.

“Going into an occupied dwelling with six young adults, any of whom could have a knife or a gun or a cell phone to call the police is extremely risky unless you know the circumstances inside,” the criminal behavioral expert and former New York State prosecutor told the Post.

Clemente said he believes it was a targeted attack, but the killer “may not have known which room exactly the person was going to be in.”

“They may have stopped at four victims because they got to their intended victim,” he said, noting it likely was not a “random attack.”

The Moscow Police Department also confirmed Wednesday that it was looking into a possible connection between the Idaho murders and the death of an Oregon couple who were fatally stabbed last year under similar circumstances.

Travis and Jamilyn Juetten, 26 and 24, were stabbed to death in their Salem apartment on Aug. 13, 2021 after a masked intruder attacked them while they were sleeping. The killer was never caught.

“We’re looking at every avenue and we have other agencies reaching out to us with other cases and stuff that we are going to follow up on those,” Moscow Police Chief James Frye told reporters. 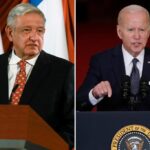 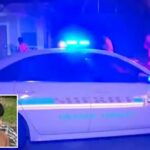