Cops in North Carolina have seized multiple cell phones and a mountain of evidence from the family of missing 11-year-old Madalina Cojocari, court documents show.

According to the documents, investigators are combing through the pair’s T-Mobile call detail records and paying particularly close attention to Palmiter’s phone.

The investigators removed at least two dozen other items from the home that were not listed in the heavily redacted warrants. Charlotte police feared an unrestricted release of the warrants could interfere with the department’s ability to find Madalina, as well as Palmiter and Cojocari’s right to a fair trial, the filing states.

Both Palmiter and Cojocari are behind bars. They were arrested Dec. 17 for waiting three weeks to report Madalina missing and indicted by a grand jury last week. Neither was able to make bail, set at $200,000 and $250,000, respectively.

Cojocari told officials she last saw her daughter in their home Nov. 23, the same night Cojocari and Palmiter fought before he hopped in the car and drove alone about 550 miles to visit his family in Michigan.

Cojocari finally reported her daughter missing Dec. 15 after a school resource officer pressed her on the girl’s prolonged absence from class.

The mother told a detective she “believed her husband put her family in danger” the night Madalina went missing.

Detectives have said the couple is not forthcoming with information about their missing daughter.

Madalina is still missing nearly two months after she was last seen. 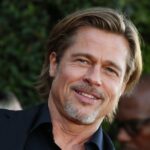 What Is Brad Pitt’s Net Worth? The Actor Makes a Lot of Money 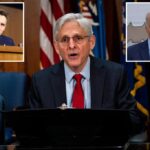