Idaho police have released a map detailing the last places four University of Idaho students were seen before they were brutally murdered in their home.

The aerial map, posted Friday on the City of Moscow Police Department’s Facebook page, includes a timeline of where the four slain friends were located the night of Nov. 12 and into the early morning the next day.

“Detectives working on the University of Idaho are seeking additional tips and leads to further the investigation,” police officials posted on their Facebook page.

According to the map, Kaylee Goncalves and Madison Mogen, both 21, were together at about 10 p.m. on Nov. 12 to 1:30 a.m. the next morning at the Corner Club located at 202 N. Main St in Downtown Moscow. About 10 minutes later, the young women arrived at the Grub Truck, according to police.

A livestream Twitch video of the two women showed they were standing near the food truck talking to friends and other customers at 1:41 a.m.

Meanwhile, 20-year-old couple Ethan Chapin and Xena Kernodle were across town at the Sigma Chi Party at 735 Nez Perce Dr. around 8 p.m. on Nov. 12.

The two then head back home at about 1:45 a.m. on Nov. 13 — around the same time as Goncalves and Mogen, police said.

The four friends were likely attacked with an “edged weapon,” or a knife between 3 and 4 a.m., authorities said.

Two other female roommates, Bethany Funke and Dylan Martensen, were upstair at the time of the murders. Cops said the two roommates are cooperating with police.

Police did not comment on why the 911 call was made hours after the time of the murders. The motive is still unknown and no suspects have been named as of Friday night.

“Right now, all options are on the table. We haven’t excluded anything yet,” Aaron Snell, Idaho State Police Communications Director, told Fox News Digital. “We have not come to any conclusion yet, and I know that’s frustrating to the public, but this is a very complex and difficult case.”

Nearby neighbors told The Post they didn’t hear anything around the time of the murders. 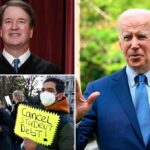 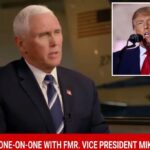