The six people killed at a Virginia Walmart were identified by cops on Wednesday as co-workers who were ruthlessly gunned down by their manager at the big box retail store.

The gunman, night-shift leader Andre Bing, took his own life after the senseless slaughter on Tuesday night.

Briana Tyler, who started working for the Chesapeake store two months ago, told ABC News that Bing entered the store’s breakroom and opened fire shortly before 10:15 p.m. as employees prepared to start their night shift.

“He wasn’t aiming at anybody specifically,” Tyler said. “He just literally started shooting throughout the entire break room and I watched multiple people just drop down to the floor, whether they were trying to duck for cover or they were hit.”

Three of the individuals, including Bing, were found deceased in the break room of the store while one deceased victim was located toward the front of the store, according to law enforcement.

An additional three other victims were transported to local hospitals for further treatment but succumbed to their injuries, cops said.

It’s not clear what sparked the murderous rampage, however, coworkers described Bing as “difficult, mean and paranoid.”

“He was always saying the government was watching him. He didn’t like social media and he kept black tape on his phone camera,” Shaundrayia Reese, who worked with Bing for three years, told CNN.

“Everyone always thought something was wrong with him,” she added.

On Wednesday, police raided the home where Bing was believed to have lived, breaking down the door. 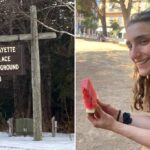 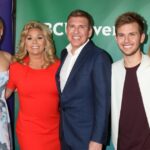