Police in Massachusetts are asking the public for help in the search for a 35-year-old woman who went missing Tuesday night after leaving her boyfriend’s house.

Brittany Tee, of Brookfield, has been missing for nearly a week, but was only reported missing three days after she was last seen.

“They’ve had a drone in the air, cadaver dogs, people on the ground. They got dogs looking for human scent. It’s been an extensive and thorough search,” said Worcester District Attorney Joseph Early Jr, according to Boston 25 News.

Authorities scoured Brookfield near the boyfriend’s home for clues over the weekend, and police dogs eventually were able to pick up Tee’s scent in the woods near Lewis Field, a playground.

On Sunday, police used a drone to survey the area from above to try and locate the missing woman. According to friends of Tee, a lack of communication is what caused the delay in reporting her as missing.

“There’s a lot of people that are really concerned about her and we just want her to know that we all love her so much and that we want her home safe,” said Brittany’s friend, Mattie Sjoblom.

Dozens of her loved ones showed up at the Brookfield Police Department to inquire about the investigation, and hope the mounting pressure will help the search pick up pace.

“Today was the day that all of us just kind of had enough. We did show a large presence of support out in the parking lot across the street from the station today which I feel as though helped get the ball rolling,” Sjoblom added.

While a group of Tee’s friends hoped to join the search, investigators say they fear they may unintentionally disrupt important evidence.

“I know the urge is out there to go and help in the search right now but we’re asking that you please not do that now,” said Brookfield Police Cheif Michael Blanchard, according to CBS Boston.

Tee is 5’6″, 120 pounds, and was last wearing a black winter coat, jeans, and work boots. Her family and friends say she has never been gone for this long without contacting anyone.

Officials have asked nearby Brookfield residents to check any cameras they may have outside their homes for any evidence relating to the case. 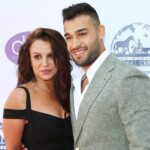 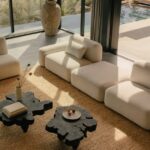 Coco Republic Is Interior Designer’s Top Pick, And Here’s Why