Police in Georgia arrested the grandmother of Quinton Simon, the 20-month-old who was allegedly killed by his mother — but charges against her do not appear related to the tot’s death.

Howell, who also uses the last name Betterton, was reportedly put into a suicide-prevention smock, according to local ABC affiliate station WJCL.

She was thrown behind bars as a result of a hold placed by Chatham County juvenile court. Her arrest is not believed to be related to Quinton’s disappearance and death.

Howell’s daughter and the mother of Quinton, Leilani Simon, was arrested on Nov. 21 for the murder of the little boy after he was missing for more than a month. His remains were later found in a Savannah landfill after investigators spent weeks digging through trash for evidence of the child.

Simon, 22, pleaded not guilty to the murder last month.

Howell had custody of her grandson and his older brother at the time the child went missing. She previously said that she didn’t trust her daughter.

“She hasn’t always done the right thing,” Howell said of Simon in an interview. 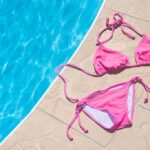