At least 19 people were killed Sunday after a passenger plane crash-landed in Lake Victoria while trying, amid bad weather, to reach a nearby airport in Tanzania, the country’s prime minister Kassim Majaliwa and police said.

Thirty-nine passengers, including an infant, and four crew members were aboard when the small plane went down around 8:53 a.m. local time, Precision Air said in a statement.

Twenty-six people aboard the flight from Das es Salaam were rescued from the water and hospitalized.

“We are yet to confirm the number of fatalities from the scene of the accident,” the Tanzanian airline company said.

The airline said the plane was an ATR42-500 — a regional airliner manufactured by the Italian-French company ATR. Flight PW494 was headed to Bukoba airport on the western edge of Lake Victoria.

Photos showed the plane was almost fully submerged as rescue teams tried to pull people out of the water.

“We have managed to save quite a number of people,” Kagera province police commander William Mwampaghale told reporters.

“When the aircraft was about 100 meters (328 feet) midair, it encountered problems and bad weather. It was raining and the plane plunged into the water,” he said.

“I send my condolences to all those affected by this accident. Let’s continue to be calm while the rescue operation continues while we ask God to help us,” Suluhu wrote on Twitter in Swahili. 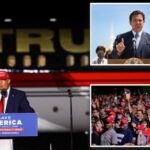 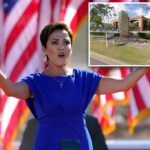