Passengers broke out in song as a woman was removed from a Jetstar plane after causing a ruckus before takeoff from Gold Coast Airport, Australia.

On Sunday, the 42-year-old woman from Lennox Head, New South Wales, Australia had refused to voluntarily leave the plane, which was bound for Melbourne, and Jetstar staff called in the Australian Federal Police.

She had allegedly been behaving in a disorderly and disruptive manner, and had refused to follow directions from staff.

Video shared to social media captured the moment police forcibly removed the woman from the flight, with one officer shown physically pulling her up from her seat.

As she exited the plane, passengers began cheering and singing to the tune of Steam’s 1969 hit Na Na Hey Hey (Kiss Him Goodbye).

“We requested the assistance of the Australian Federal Police after a passenger became increasingly disruptive prior to departure and refused to follow crew instructions,” Jetstar said in a statement.

“The safety of our customers and crew is our number one priority and we have zero tolerance for disruptive behavior.”

AFP said in a statement the woman had been asked to get off the plane “due to her alleged level of intoxication”.

She was subsequently charged with “behaving in an offensive or disorderly manner on an aircraft”, which carries a significant penalty due to being a Commonwealth offense.

The woman faces a maximum fine of $9,480 if she is convicted.

She is due to appear in Southport Magistrates Court on March 20. 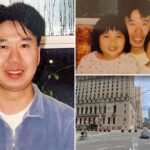 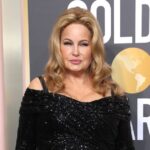