While she’s never one to shy away from drama with her fellow VPR cast members, Lala is more than just a reality TV star. The Utah native is a talented singer and a published author, having penned a collection of essays for her memoir, Give Them Lala, which hit shelves in May 2021. Additionally, she hosts the “Give Them Lala” podcast.

The blonde beauty also started multiple businesses of the same name, including Give Them Lala Beauty, Give Them Lala Skin and Give Them Lala Baby, a clothing line for infants and toddlers. The company’s Instagram page often features Lala’s daughter, Ocean, whom she shares with ex Randall Emmett. The former couple welcomed their only child together in March 2021.

The businesswoman opened up about her and Randall’s coparenting relationship during an appearance on Watch What Happens Live in January 2022. “We communicate through an app, and it has just to do with Ocean,” she told host Andy Cohen. “There was no closure at all when it came to my relationship and exiting it. Ocean is the main focus and that’s how we communicate. If it doesn’t have to do with her, I have no desire to communicate with that person.”

While speaking on the “Not Skinny But Not Fat” podcast in December 2021, Lala revealed that she’s solely focusing on the positive aspects of her life, telling host Amanda Hirsch that she’s concentrating on putting her energy into her businesses and raising her daughter.

In addition to all the different roles she already juggles in her life, Lala is also a budding actress, having appeared in movies like Vault, Trauma Center, Spree, Hard Kill, The Row, The Estate and Out of Death.

Given her extensive history in the film and reality TV industry, it shouldn’t come as a surprise that the media personality is a pro on the red carpet! Keep scrolling to see Lala Kent’s best braless looks over the years. 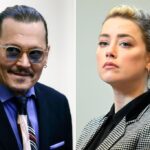 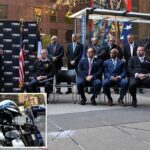 Near 90% of suspects busted in Nassau freed without bail