A sight to behold! Little People, Big World fans may know all about Roloff Farms, but the property has become even more impressive as it expanded. The family home is being converted into a rental property after Matt Roloff previously listed the land and property for sale before removing the listing in October 2022.

Matt officially made the “big announcement” about making the family home available for renters to stay on the farm on October 22 via Instagram, one day after In Touch confirmed the news.

“Several interested parties talked about many different business ventures such as purchasing the small farm with big house to use it as a short-term rental … think AirBnB,” the TLC star explained his reasoning for the decision in his caption, crediting iTrip Vacations as his new partner.

The family patriarch shocked fans in May 2022 when he revealed that he was listing their longtime family home amid family drama.

“Well, the cat’s out of the bag. I want to make sure You all hear the big news directly from me,” Matt wrote via Instagram at the time. “All of @rolofffarms has brought me and our family great joy for the past 30 plus years! Today, 16 acres of the farms’ 109 acres go up for sale, including our original family home and bright red barn. It’s a tiny bit scary but mostly exciting. It’s time to move toward the next season of life.”

The LPBW family-owned land became a top travel stop for reality TV enthusiasts and we can see why! Viewers often get to see the sprawling location as the backdrop of the long-running reality series and how it’s transformed over the years.

It started as a small fixer-upper on 34 acres but has since grown into a more than 100-acre “agritainment extravaganza,” per their website.

“Roloff Farms is now an annual destination bringing fun and excitement to thousands of both local and worldwide visitors,” the bio reads. “Over the years, the original structures and equally fanciful new ones have become favorite tour attractions to the many people who visit the farm during the Roloff Farms Pumpkin Patch season when the farm is open to the public every Friday, Saturday and Sunday in October.”

The brood often spends time on the property, especially when the holiday season rolls around. Matt and his girlfriend, Caryn Chandler, previously posed for a photo with his ex-wife, Amy Roloff, and her now-husband, Chris Marek, in 2019. They were joined by son Zach and his wife, Tori, as well as son Jacob and his wife, Isabel, and son Jeremy and his wife, Audrey. The grandkids were there, too!

In January 2021, Matt celebrated his latest purchase that would help their tedious work on the farm.

“I’ve never been a guy that desires to own a Porsche, Ferrari, a boat, or fancy jewelry and suits … I always placed my priorities on having nice quality tools and equipment to make things … be productive … and do more projects,” he wrote on Instagram, before sharing his latest plan to expand. “I finally bought myself a beast of a dump trailer.”

The A Little Me author is constantly adding new structures to the property. He revealed details about his “dream barn” and “garage,” which had been “five years in the making.” Amy and Chris were able to use it during their nuptials at Roloff farms after his construction team made it happen.

In Touch confirmed in June 2021 that Matt removed Amy as secretary of Roloff Farms in 2021, but the exes have clearly put their differences aside over the years and even formed a solid friendship with both of their new partners.

One fan told Matt they would be ​​”missing” Amy and her “cute costumes” this year, but he assured them she will be stopping by. “Amy told me she will still be here in costume during October,” he replied. “She loves meeting everyone.”

Scroll through the gallery to take a tour of Roloff farms! 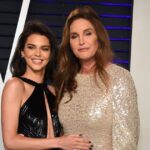 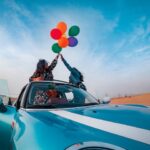 4 Key Factors to Consider When Buying a New Car