Bye bye, sideboob! Underboob has become the hottest new fashion trend of 2022, with celebrities rocking the look in everything from evening gowns to bikinis.

The daring fashion trend was featured prominently in the Giambattista Valli Paris Fashion Week show in early March. The Italian fashion designer used large center cutouts in the middle of his dresses that not only showed off plenty of upper abs but a lot of underboob as well.

His celebrity fans ate up the look, wearing the underboob designs to his show. Vanessa Hudgens rocked an adorable red halter minidress with a daring high left thigh slit. But as if that wasn’t flirty enough, the frock featured a plunging scoop neckline to go with the large mid-section cutout. The top was held together by a small white strip of fabric across the center of Vanessa’s chest, as she proudly flaunted both cleavage and underboob for the photographers who gathered to shoot the show’s celebrity arrivals.

Not to be outdone, Olivia Culpo wore a Valli design to the show as well. Her dress featured the exact same style underboob-baring top as Vanessa’s, but in off-white. It matched a sheer white skirt with rows of ruffles that showed off the former Miss Universe’s legs through the fabric.

The underboob style was elevated to the red carpet by Kourtney Kardashian for the April 7 Hollywood premiere of The Kardashians on Hulu. She went braless in a high-cut black crop top that showed the bare underside of her breasts. Even though the rest of her outfit was conservative, with the top featuring a long capelet that went all the way down her arms and back, along with a floor-length black skirt, the bare abdomen with an underboob flash proved to be a sexy win.

Model and influencer Jordyn Woods showed that the new way to rock a bikini is to have it riding high on the breasts so that the bare underside is showing. She crushed the look in a floral bikini in a series of sexy Instagram photos on April 7.

Halsey proved that there was another way to show off the underboob style by wearing a black wrap-around crisscross top to do a makeup tutorial video on April 17. They looked sensational while applying eye makeup in the attention-grabbing look.

Scroll down for photos of celebrities rocking underboob looks. 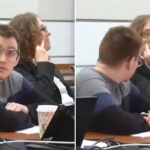 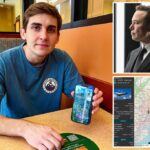