Lefty Philadelphia District Attorney Larry Krasner claimed violent crime was worse in “Trump states” — as he denied his soft-on-crime policies were to blame for his city’s soaring crime rate.

Krasner’s bold statements came during a fiery interview with Fox29’s “Good Morning Philadelphia” Wednesday, when he was grilled by anchor Mike Jerrick a day after five teens were shot at a high school.

“These states in the United States that have a rate of homicide that is 40% higher are MAGA states, they are Trump states,” the top prosecutor said, referring to states where the majority of residents voted for Donald Trump in the last election.

Jerrick countered that Republicans have claimed the rising crime rates were largely limited to “blue” states.

After his answer was met with a pushback from Jerrick, Krasner conceded that “not all” Republicans lie, but said that “the MAGA ones do.” The DA then said that eight of 10 of the most violent cities were “Trump ones.”

As of Thursday, more than 1,700 people have been shot in the City of Brotherly Love, which set a record last year with 561 homicides. So far this year, there have been 403 slayings, according to the city’s controller’s. Armed robberies were up 59% and commercial burglaries increased nearly 50%.

During the heated exchange, Jerrick also grilled Krasner on what he described as the DA’s “perception problem.”

“There is a perception in this city that the reason for all this gun violence is you,” Jerrick said.

“I don’t,” Krasner shot back, before launching into an argument whose main thrust was that he won re-election in 2021 in a landslide, suggesting that the people of the city — especially those living in high-crime areas — support his policies.

Jerrick interjected, saying that “every cop” he’s ever spoken to has said that Krasner’s policies are “too lenient.”

Krasner, who was first elected as DA in 2017, said that he and other reform prosecutors were being unfairly blamed for rising crime rates for “political reasons,” even though there were multiple factors at play.

“And you are a reform district attorney,” Jerrick interrupted him again. “Everybody in the country knows that. Maybe it’s not working.”

Krasner insisted that his policies were working, only to have Jerrick cut him off again, exclaiming while grabbing his head in frustration: “There’s 1,000 people killed in 20 months!”

Defiant, Krasner pressed on with his talking points, arguing that “there is absolutely no correlation between being progressive or traditional and the rate of crime.”

Krasner’s contentious interview on Fox 29 show came a day after five teens were shot, one fatally, while leaving the field after a football scrimmage at Roxborough High School.

Jerrick asked Krasner if he had thought of resigning, to which the DA replied: “No, because the fact is that Philadelphia voted for me overwhelmingly because they want what we are doing.” 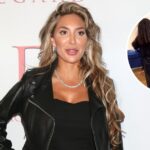 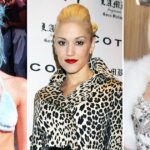 See Photos Then and Now