Philadelphia District Attorney Larry Krasner is being impeached over the “catastrophic consequences” of his “progressive philosophies” in the crime-ridden Pennsylvania city.

The Pennsylvania state House on Wednesday voted 107-85 in favor of impeachment for “misbehavior in office.”

It sets him up for an impeachment trial in the Pennsylvania Senate, the first such hearing in nearly 30 years and one of only a handful of times the centuries-old legislature has sought to remove someone from office.

The House resolution accused Krasner’s office of continued “focus on issues that promote” his “progressive philosophies rather than how to effectively prosecute a criminal case.”

“His lack of proper leadership serves as a direct and proximate cause of the crisis currently facing the city of Philadelphia,” it says.

Krasner is accused of failing to prosecute minor crimes and allowing soft-on-crime bail policies that fail to lock up dangerous criminals. He is also accused of obstructing the House’s investigation of his office.

Rep. Tim Bonner, a former prosecutor, warned that “anarchy and violence will prevail” if elected leaders ignore the laws as written.

“No one individual has the right to set aside the laws of Congress or the General Assembly because they simply do not like the law. No one has that degree of absolute power,” Bonner said.

“Abuse of power by an elected official in office is the corruption of power and constitutes misbehavior in office.”

State Rep. Martina White, a prime sponsor of the impeachment resolution, said that “no public official is above accountability.”

“This man has denied that there is even a crisis of crime happening on our streets,” White said of the Democratic DA.

Of the lawmakers present Wednesday, all but one Republican voted for impeachment, while every Democrat opposed it, the Philadelphia Inquirer noted. Krasner’s removal from office would need a two-thirds vote in the Senate, where Republicans currently hold 28 of 50 seats, the paper said.

It’s unclear when the state Senate will launch a trial. The two-year legislative session ends in two weeks, but the chamber’s top-ranking Republican, state Sen. Kim Ward of Westmoreland County, said this week that she intends to add days to the session to take up the matter.

“History will harshly judge this anti-democratic authoritarian effort to erase Philly’s votes — votes by Black, brown, and broke people in Philadelphia. And voters will have the last word,” he tweeted.

In a statement, he also called it the only time the state House has ever “used the drastic remedy of impeachment of an elected official because they do not like their ideas.”

“They have impeached me without presenting a single shred of evidence connecting our policies to any uptick in crime,” he claimed defiantly.

The last person impeached and ultimately removed was Rolf Larsen, who was ousted in 1994 for making legal decisions based on improper conversations with a political supporter, the Inquirer noted.

The only other examples of impeachments that led to removals occurred more than 200 years ago — in 1803 and 1811, the paper noted.

Voters in San Francisco recalled District Attorney Chesa Boudin in June, and Los Angeles District Attorney George Gascón narrowly survived a similar effort over the summer when organizers were unable to get it onto the ballot. 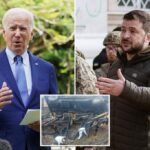